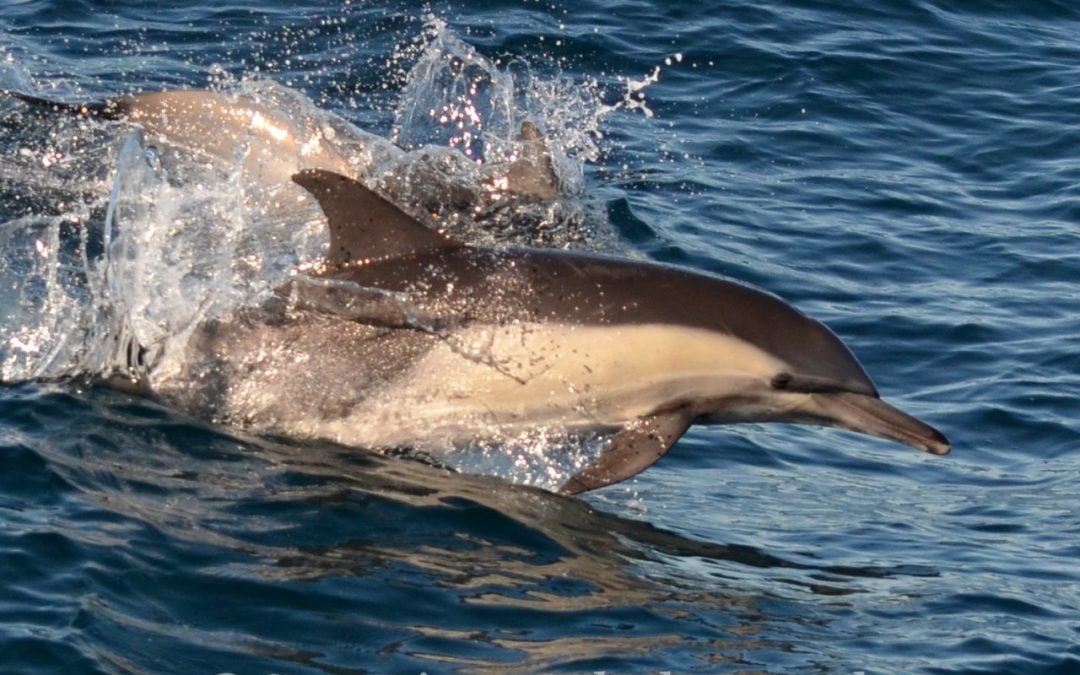 HAPPY NEW YEAR!!! We had fun kicking off the New Year in the Pacific enjoying the company of our toothed whale friends! We started our trip off by heading to the NW, targeting a large aggregation of marine birds that were feeding on a bait ball. Once we got there we encountered a large pod of ~150 Common dolphins that were also participating in the feeding frenzy! We watched as they rode our bow and played in our wake. At one point, a small handful of Pacific white-sided dolphins raced over to check us out! They quickly continued their journey to the south along the coastline. We continued up the coast and had the pleasure of some Common dolphin escorts. Many Common dolphins porpoised out of the water beside us. As soon as we got up to La Jolla, the wind picked up substantially, and was blowing close to 15mph+! We turned toward the SW and ended up reaching the drop-off. The sea was scattered with white-caps which made it tricky to find wildlife besides birds and cheeky sea lions. The coastline was beautiful as we had crisp, dry air which allowed us to see miles down south to Mexico, and north to see up to Dana Point. No baleen whales were sighted, but we will be out tomorrow for two trips searching for migrating Gray whales! See you there! -Vanessa