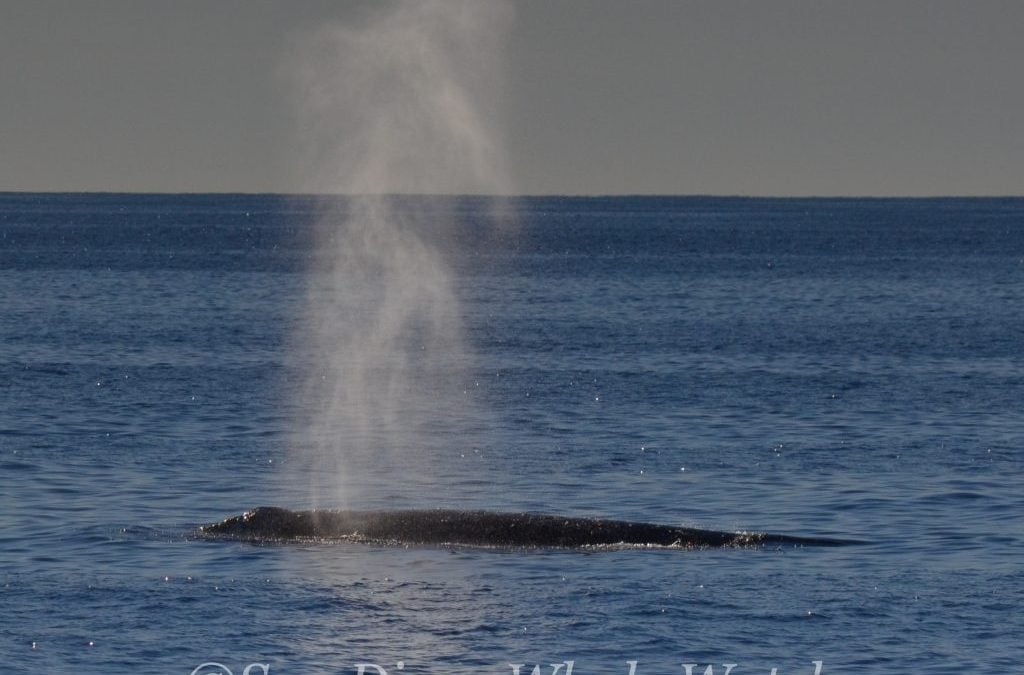 It was an amazing day on the water! The Pacific was teeming with wildlife! We had numerous sightings of toothed whales, baleen whales, sea lions, marine birds, and crustaceans on BOTH trips! During the morning, we set out of the jetties, and found a small pod of just two Pacific white-sided dolphins that came over to bow-ride. We found another pod of a different species not too far from them. We sighted a small pod of ~50 Common dolphins that came over to check us out. Several were bow-riding and surfing in our wake. While watching them, we sighted a spout out toward the west. We watched a single Gray whale as it traveled south on its annual migration! Another popped up nearby but were being stealthy so we moved on. We set out to the west, and found a huge MEGAPOD about 11-miles from Mission Bay! They were everywhere! We continued back toward the coast and got lucky and found another couple pods of 5 and 15 Pacific white-sided dolphins!
During our afternoon trip we had just as much fun! Our first sighting was a pod of ~20 Pacific white-sided dolphins! They were all around with many of the bow-riding! Our next sighting was near some active birds. We found ~100 Common dolphins off of Pacific Beach! They interacted with the boat by bow-riding and surfing. Many were leaping out of the water and porpoising. We went further north and found two full grown Gray whales on their southbound migration. There were others in the distance but we hung out with the two as they surfaced for breaths, and arched their backs for sounding dives. On many occasions they flashed us their flukes! We left them and went out to deeper water because we sighted a huge aggregation of marine birds diving into the water, making a big commotion! There were close to ~400 Common dolphins all around. They exhibited feeding behaviors. In the same area, were TWO Humpback whales! They decided to join the feeding frenzy! A larger, full grown Humpback was sighted, as well as a small individual. We got to see spouts, backs and flukes! Overall, it was an incredible day on the water!
We hope you come out soon!
-Vanessa