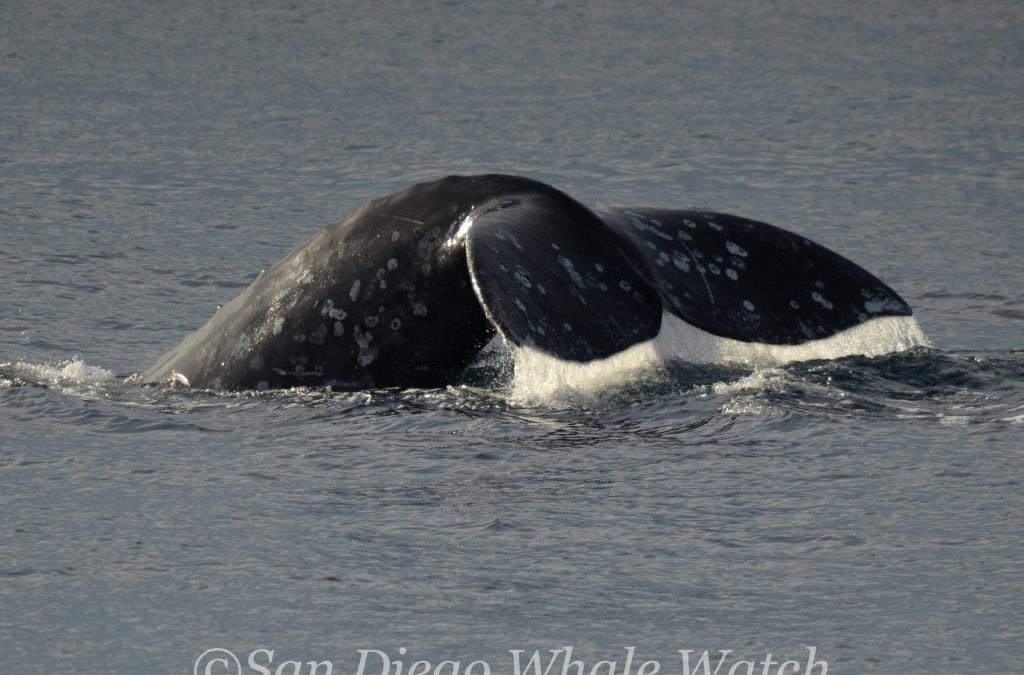 Along with gray skies throughout the day came some Gray Whales! On both trips, Gray Whales of various sizes were observed by our passengers and the crew. On the morning trip, we joined up with a quad of southbound Gray Whales! It appeared to include one adult and three juveniles. One of the smaller juveniles even raised its tail-flukes as the group went down for a deeper dive! On the afternoon trip we spotted the final southbound Gray Whale of the day. It was an enormous, southbound whale that may have even been pregnant (wide, bulging sides, indicating potential pregnancy)! This individual was very consistent, easy to watch and lifted its tail before every dive. On both trips, numerous Harbor Seals were pointed out but none of them were brave enough to stick around for glamour shots. Despite the minor bump, it was absolutely beautiful on the water this afternoon and we have plenty of spots available for some more whale watching tomorrow! We hope to see you soon, whale watchers!

COVID-19 Update: We’re now open! Please read our COVID-19 page for all the latest details on things we are doing to keep you and your family safe.