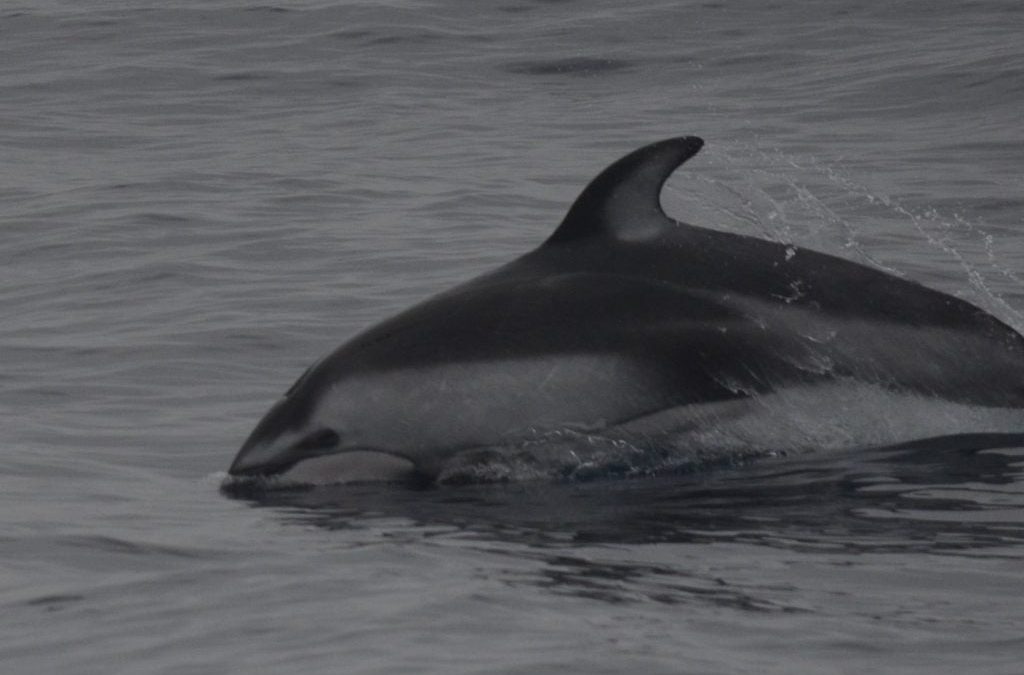 Another SPECTACULAR day! Lots of sunshine and placid waters!
We saw 5 California Gray whales, with two close encounters as one mugged our boat right off our bow! Our luck continued as we saw a handful of Pacific white sided dolphins mixed in with Common dolphins! As we ventured further out west, we saw a huge flock of birds hoovering, circling over the water, with many Common dolphins below. We had a larger spread of about 400 Commons dolphins surrounding our vessel! Later on, further in, we spotted a tall, huge, columnar spout! It was not a Gray whale or a Humpback due to the spout shape and size. We waited for 25 minutes for the whale to come back up, but unfortunately we ran out of time. It was not confirmed what species of whale this “mystery” whale may have been, but we thought it may have been a Fin Whale or even the rarely seen Bryde’s Whale!!
Come join us tomorrow, Thursday, for another spectacular day off the San Diego Coast.
Naturalist,
Jaeny