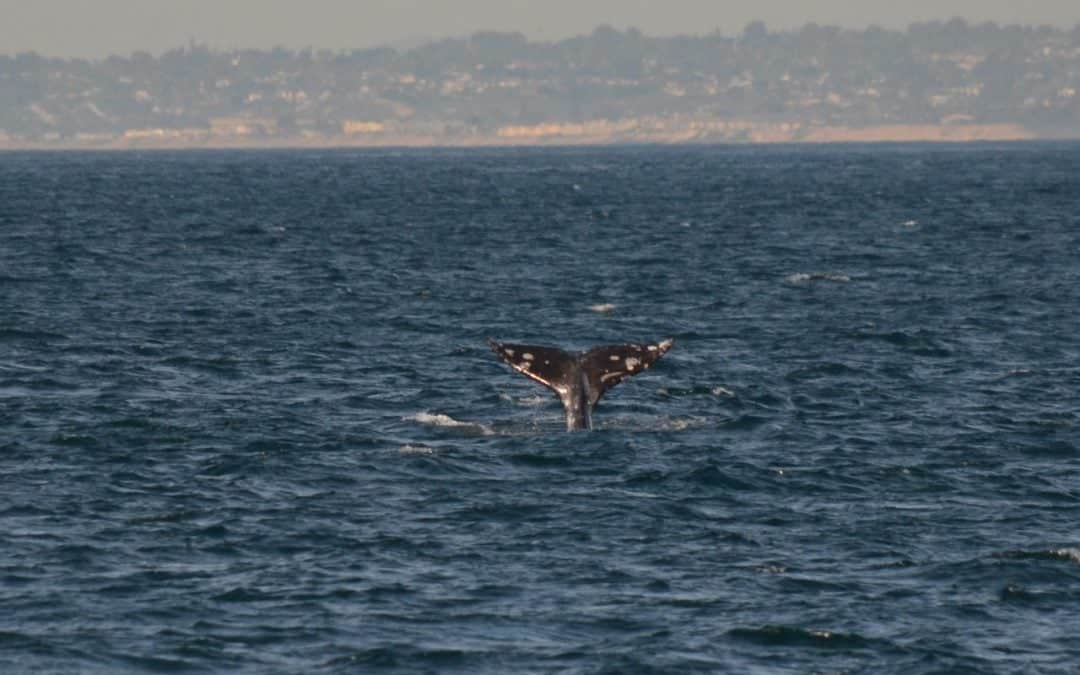 Just as we expected, the Pacific was nothing short of beautiful throughout the entire day. Along with nearly perfect conditions, the cetaceans were plentiful! We spotted the first southbound Gray Whale of the day on our morning trip, shortly after exiting the channel. It popped up right beside us and we spent one breathing cycle with it before giving the whale some space. Far to the north, we passed through a pod of ~400 Common Dolphins that raced beside us and bow-ride at the front of the boat! Countless newborn calves were spotted and the surface activity was endless! On the way home, a small pod of 5 Pacific White-Sided Dolphins escorted us closer to land.
On the afternoon trip, we paralleled a pair of southbound Gray Whales at the beginning of the trip. Both whales consistently raised their flukes as they positioned for deeper dives and showed a bit of friendliness toward boats. We also found ~10 Common Dolphins and ~20 Pacific White-Sided Dolphins scattered about along the coast. It looks like we’re sold out for the rest of the weekend but we have plenty of spots available throughout this upcoming week! See you on the water, whale watchers!