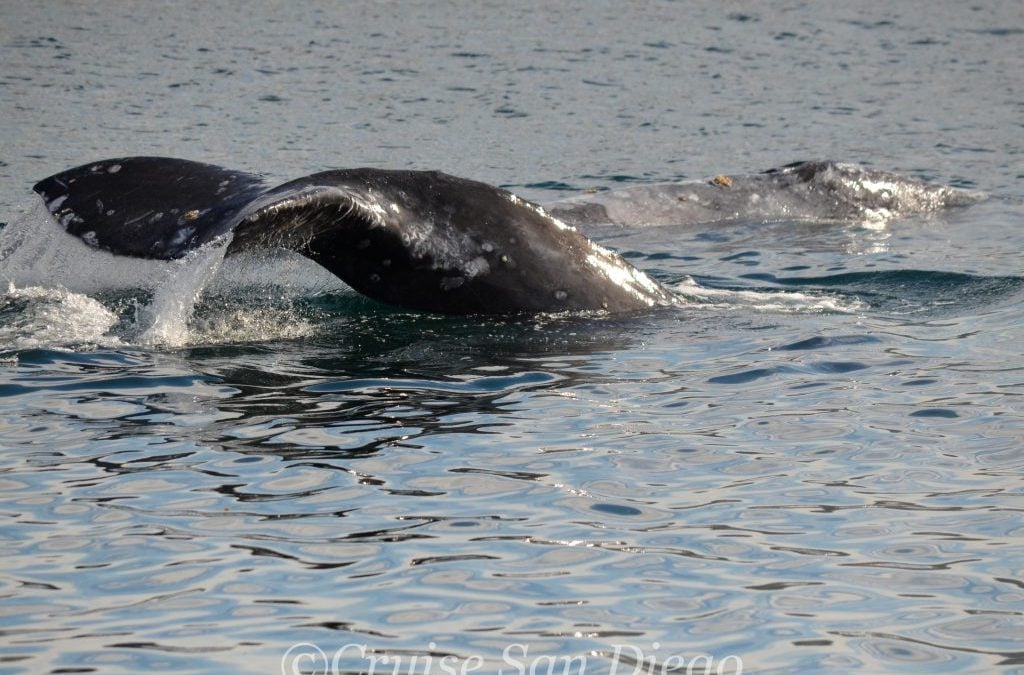 Gray skies aren’t so bad when there are Gray Whales below them! We saw NINE southbound Gray Whales this morning, all of which were pretty enormous in overall body size! Two pairs, one trio and two single whales were spotted throughout our three-hour tour. Nearly every whale we observed raised its flukes, prior to deeper dives, at least once. In between Gray Whale sightings, we found numerous pods of both Pacific White-Sided Dolphins and Common Dolphins! Although we spotted a single pod of ~35 Pacific White-Sided Dolphins, we passed through multiple pods of Common Dolphins and estimated ~310-315 Common Dolphins in total. We can’t tell you all enough about the impeccable conditions we’ve been experiencing. Apparently, the great weather is supposed to last all week! Until tomorrow, whale watchers!