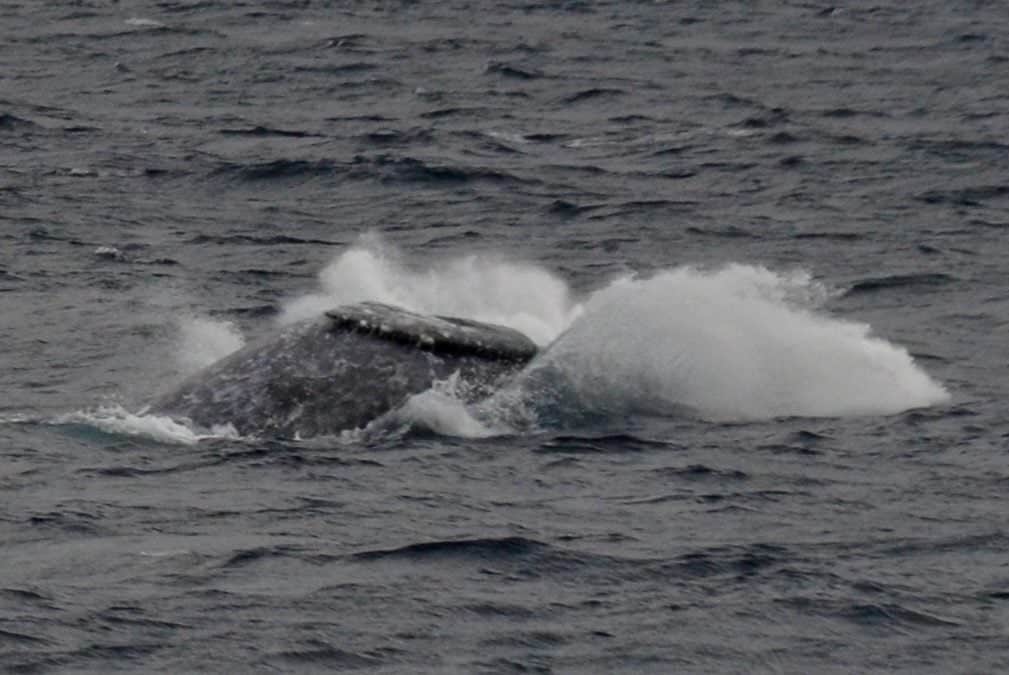 It was a thrilling Thursday aboard the Ohana! We had guests from Valley Center Elementary join us for an epic trip. We left the Mission Bay jetties, and went north along the coastline. We got to Pacific Beach and sighted a spout! Once we got up to its location, two whales simultaneously surfaced beside us! Both whales were traveling to the south, and were moving at a moderate pace of ~3mph. We watched as they surfaced for breaths. We could see their heads, backs and tails! One of the Gray whales would turn on its side as it went down for its dive. Then out of nowhere one of the Gray whales BREACHED out of the water, not once buy TWICE!!! The students cheered with excitement! While traveling parallel to them, they started getting closer and closer! We had a few very close encounters as they surfaced beside us.
Overall, it was an incredible day on the water! Hope to see you guys soon on our next adventure!
-Vanessa