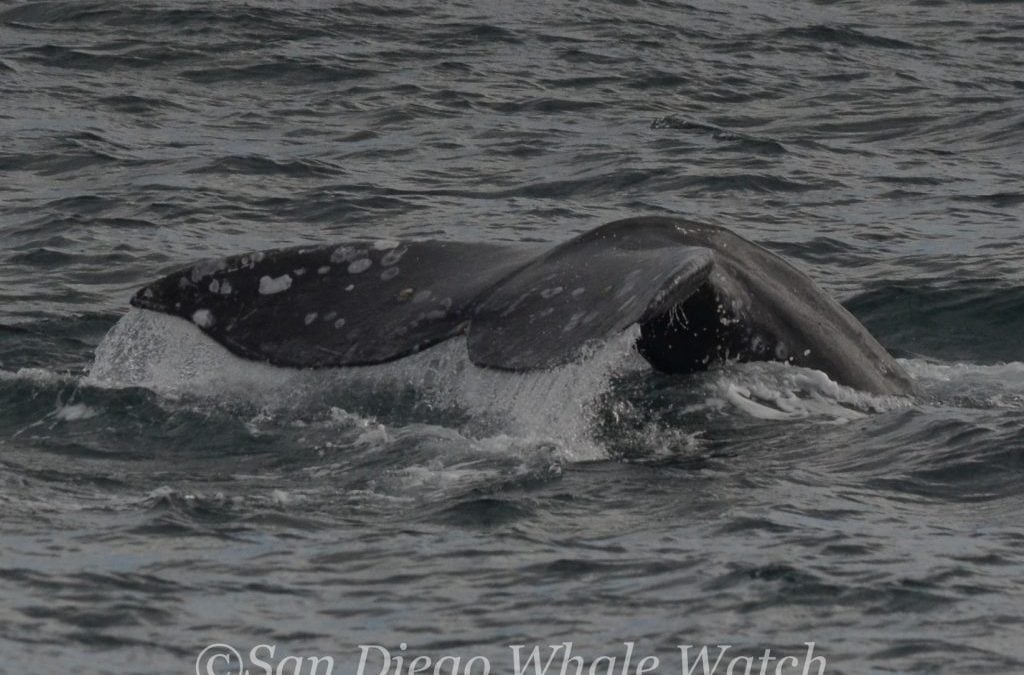 Gray whales, Common dolphins and Pacific white-sided dolphins were sighted on our single trip today! We observed a total of three southbound migrating whales! The first one was being elusive but eventually swam beside us, allowing for passengers some great looks, even some fluke action! We continued out to the west and found an mixed-species pod of ~75 Common dolphins and ~20 Pacific white-sided dolphins! They were milling around and then came over to play! Many of them popped up beside us to do some people watching. A few even bow-rode the Ohana. A couple curious California sea lions were also seen leaping around them. We pointed our nose to the south and found another Gray whale, with another spout in the distance. The third Gray was pretty exciting as it popped up beside us and crossed over, possibly underneath our boat! It was great trip overall!
Come join us on one of our excursions and learn about the Eastern Pacific Gray whale!
-Vanessa