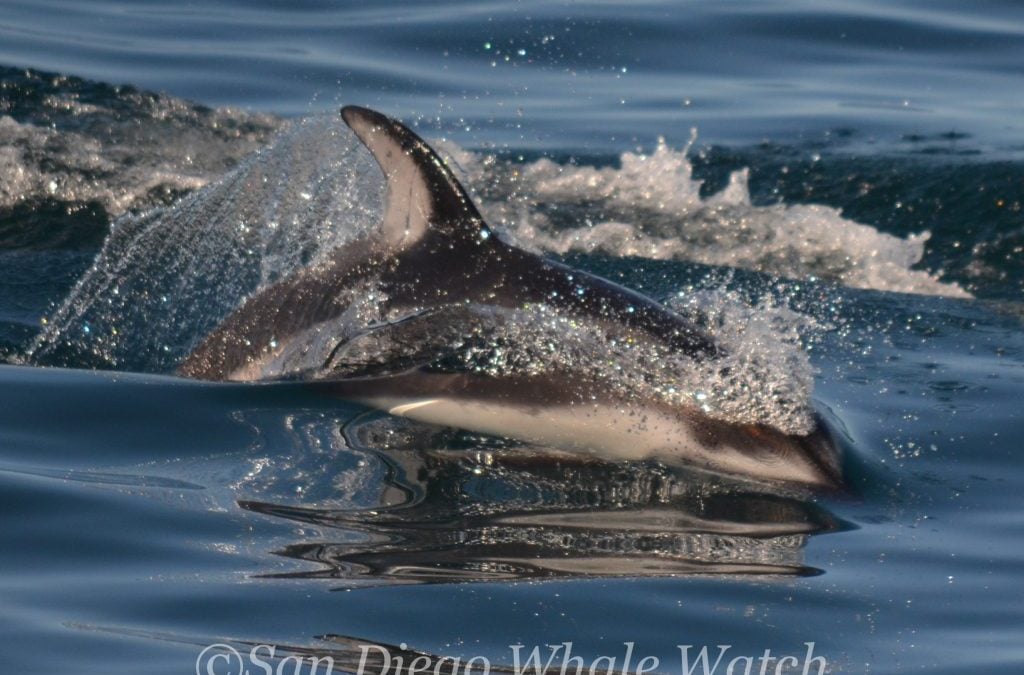 It was a beautiful day spent on the Pacific ocean! We set out of the Mission Bay jetties and went north along the coast. Along the way, we encountered a pod of about ~10 Pacific white-sided dolphins! They seemed to be milling about in an area where birds were present. A couple of Common dolphins popped up in the mix. We continued to the north, once outside of La Jolla we pointed our nose to the west. We traveled along the drop-off to the south, searching in all directions for wildlife. A single Harbor seal popped up beside us and many birds were seen in travel mode. We turned to the SE and sighted a spout, 1/2 mile away. We sighted two spouts, it went for a deep dive and then gave us the slip. We never sighted it again. We continued to the coast, and found more Common dolphins and Pacific white-sided dolphins and once we were outside of the Ocean Beach Pier, a spout was sighted! We found a last-minute juvenile Gray whale! It was on its southbound migration. It was great to watch its spout, see its body, and flukes on every sounding dive. A couple times, while it was on a dive, it blew some bubbles which surfaced next to us. We waved good-bye and wished it well as it continued down to Mexico.
Sea you soon!
-Vanessa