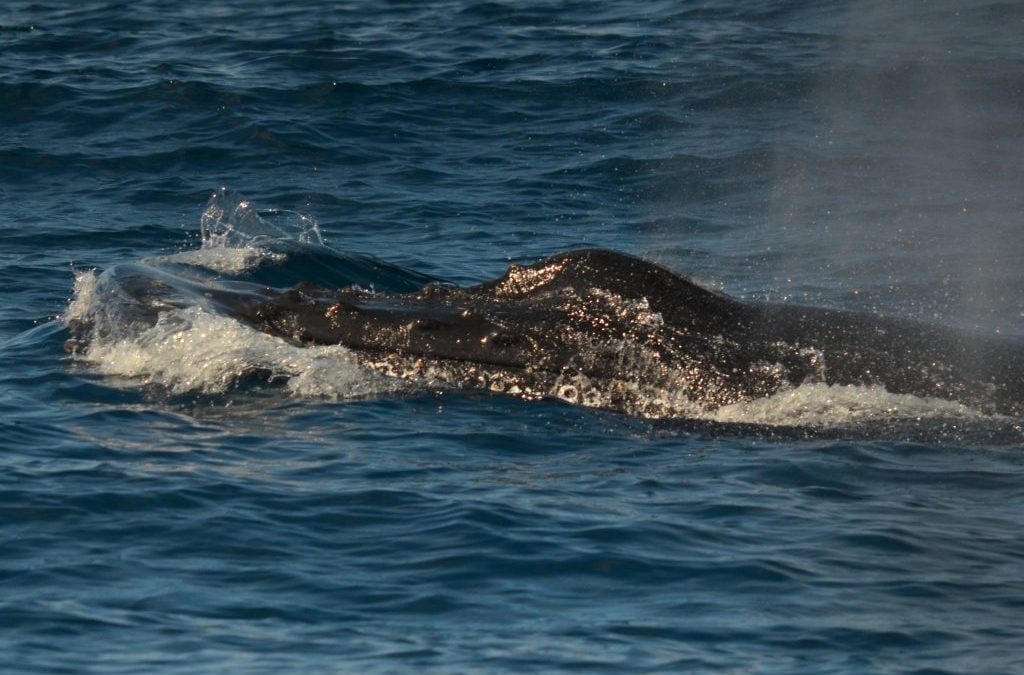 You wouldn’t believe some of the sightings we came home with today! Although we saw no sign of dolphin activity on either of our two scheduled trips, we found TWO different species of baleen whale! On the morning trip, a rarity was caught as we observed a Gray Whale SKIM-FEEDING at the surface! It was too tricky to determine what the whale was feeding on, but the behavior we witnessed suggested krill. This is the first confirmed (via drone footage) instance of a foraging Gray Whale that has ever been recorded on one of our trips! It wasn’t boat-shy and didn’t hesitate to investigate the boat while taking breaks from skimming. As if that wasn’t spectacular enough, TWO Humpback Whales caught our attention and the majority of the boat saw one of the BEST breaches we have ever seen! The Humpback launched out of the water and nearly cleared the surface entirely. Only the tips of the flukes were left submerged. Unfortunately, not a single crew member or passenger (please tag us if you have footage or photos!) was quick enough to get a shot.
In the afternoon, we encountered one trio and one single Gray Whale! All four northbound Gray Whales were easy to watch and did not mind our observations of them! As it has been for the entirety of this past week, the conditions are MUCH more favorable than the forecast has led us to expect. Although we will be offline tomorrow, we are hoping for a great weekend to come! See you on the water, whale watchers!