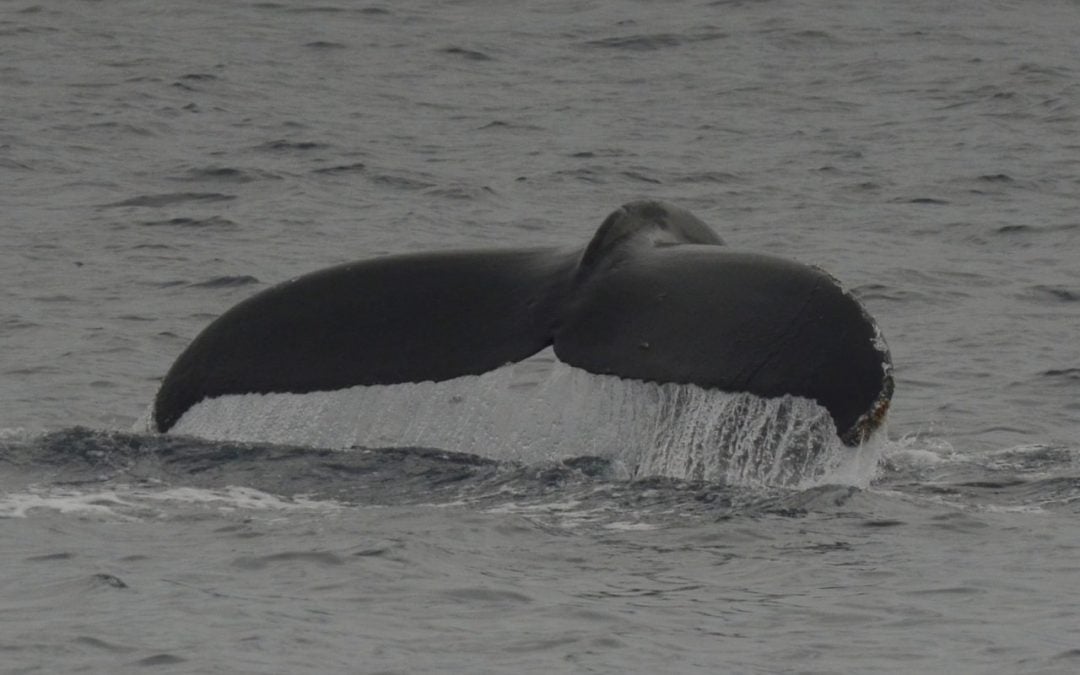 Monday Wildlife Madness was the theme for the day! We had NON-STOP action throughout our entire trip. To start us off, we sighted a handful of Inshore Bottlenose dolphins at the mouth of the Mission Bay jetties. A couple even bow-rode the Privateer. We continued north along the coast and sighted ~10 Pacific white-sided dolphins that were likely having breakfast and feeding on small schooling fish. Two decided to split off and bow-ride the boat! We continued onto the west, and once we got to the drop-off, the ocean exploded with wildlife! We sighted thousands and thousands of seabirds to include California Brown Pelicans, gulls, shearwaters, and cormorants! Many were diving into the water feeding. Among the birds were at least a thousand Common dolphin that were super acrobatic and showing plenty of surface activity. In the center of the megapod of dolphins were TWO Humpback whales! They surfaced for a breaths which allowed us to see their bodies. We could see their rostrum, back, dorsal fin, and flukes. On almost every single sounding dive they flashed their flukes! We continued down to the south in search for more and caught up withe southbound Megapod of Common dolphins. And then out of nowhere another Humpback whale surfaced in all the commotion. Rafts of California sea lions, birds galore, and both toothed whales and baleen whales were only a few miles from shore and were headed south. We continued home ecstatic with our epic adventure.
Trash/Recyclables: ZERO!!!
It has been an amazing week here in SD, come out ASAP to enjoy the great sightings we have had.
-Vanessa