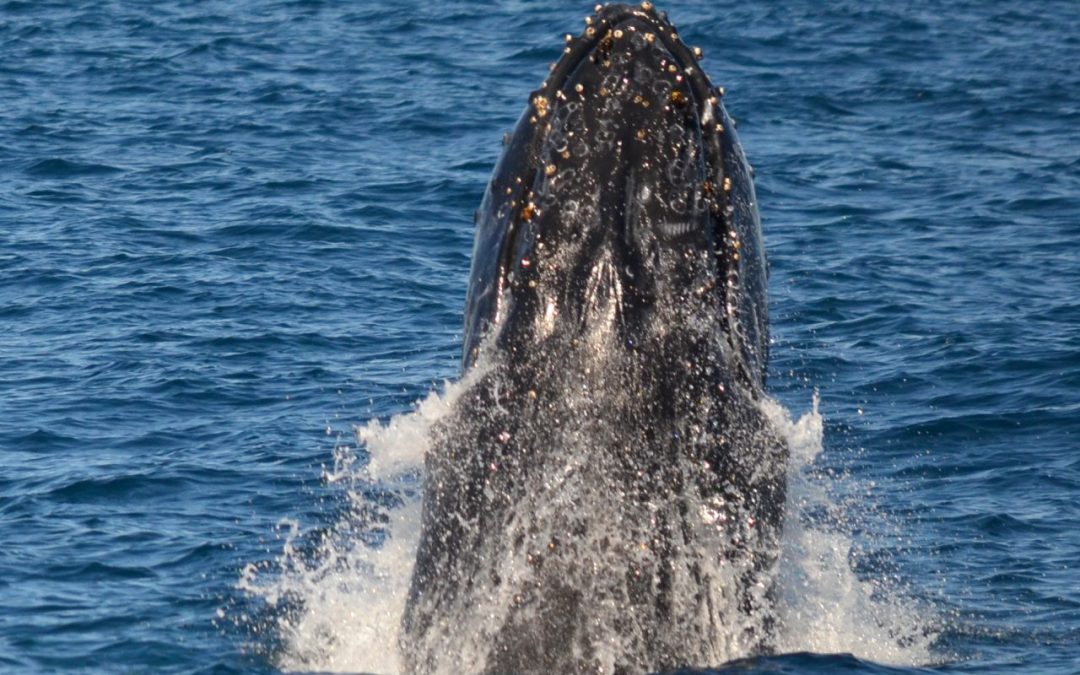 We thought yesterday would be the end of the road for our spectacular Humpback Whale sightings but it seems like its just getting started! We experienced two trips FULL of Humpback Whale and Common Dolphin activity. In the morning, we passed by 5 Inshore Bottlenose Dolphins nearshore and found a trio of Humpback Whales surrounded by ~200 Common Dolphins close to the drop off! One of the humpbacks approached us head-on to dive under the boat and ended up resurfacing on the opposite side. In between observations of the humpbacks at the surface, the Common Dolphins constantly occupied us. We believe that 5+ Humpback Whales were in the area but we got the greatest and closest looks at three. On the afternoon trip, at least five Humpback Whales were observed lunge feeding along with Common Dolphins. ~500 Common Dolphins, seabirds, California Sea Lions and Humpback Whales corralled anchovies into numerous bait balls. We observed as the marine mammals hopped between patches of bait and followed the food throughout the entire afternoon. Humpback Whale surface behaviors included lunge feeding, breaching, tail-lobbing and tail-slapping. Both trips were indescribably special in different ways. We’re crossing our fingers for an entire weekend full of this activity. See you tomorrow, whale watchers!