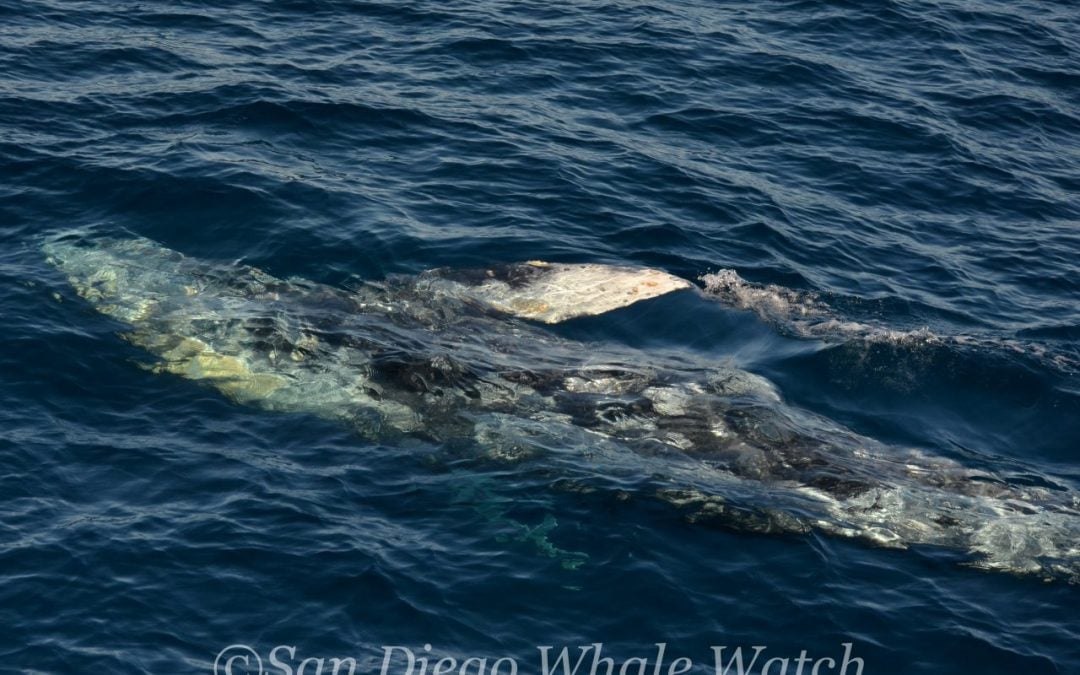 It was a gorgeous day on the Pacific! We observed many incredible sightings of both baleen whales and toothed whales. During the morning trip, we encountered ~15 Common dolphins, a single Gray whale that was swimming among a pod of ~15 Offshore Bottlenose dolphin. The bottlenose dolphin hung out with us, and continually came over to the boat to check us out! We continued out to the west and found a single Humpback whale that was headed south! We observed spouts, backs and flukes!
During the afternoon cruise, we started our trip off with ~5 Inshore Bottlenose dolphin that were traveling north across the Mission Bay channel. We set out to the west, and sighted a spout! It ended up being a Gray whale that was a bit shy. It was surfacing without much of a visible spout. We continued on to the NW and sighted splashes toward the horizon. We had a pod of ~50 Common dolphins all around us. There were also more in the distance. We sighted a spout in the distance and went over to check it out. We got super lucky and found a pair of Gray whales exhibiting courtship behavior. They were rolling around and one of them was swimming upside down. That same individual cruise over to our boat, and was seen only about 5-ft away! They both crossed the bow and continued to the NW. On our way back in, another baleen whale was sighted breaching about 1-mile to the south of us!
Trash/Recyclables: FOUR balloons successfully retrieved!
We had a great time, come join us on the water for some whale fun!
-Vanessa