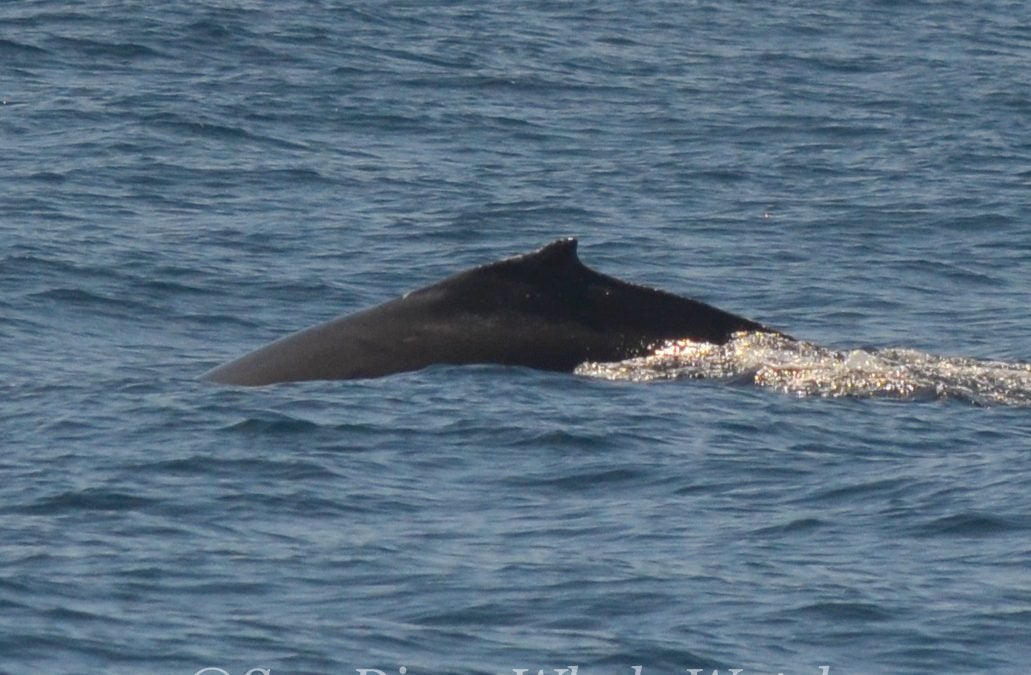 Guests enjoyed a beautiful day on the water! During the single morning trip, we sighted ~20 Pacific white-sided dolphins, ~100 Common dolphins, and one Humpback whale! Our first encounter was of a feeding frenzy sighted only a mile from Mission Bay. There were Pacific white-sided dolphins, California sea lions, and multiple bird species that were feasting on small schooling fish. Many of the Pacific white-sided dolphins were zooming around us, and even came over to check us out. We could see them surfing in our wake and at the bow. We continued on out to the west and found an awesome pod of Common dolphins that were headed north, toward us! They were traveling fast past us, but some came over to say hello. We could see many of them leaping out of the water and porpoising beside us. A few cow/calf pairs were also sighted. We continued to the west, toward the drop-off and hooked it south. We almost got down to the border and sighted a spout! We got check out a Humpback whale that was traveling SW. It surfaced several times for breaths, and while up we got to see its back and dorsal fin. We waved good-bye and continued our journey back up to the north, taking in all the incredible San Diego views.
Trash/Recyclables: ZERO!!!
It was a wonderful day! We hope to see you soon!
-Vanessa