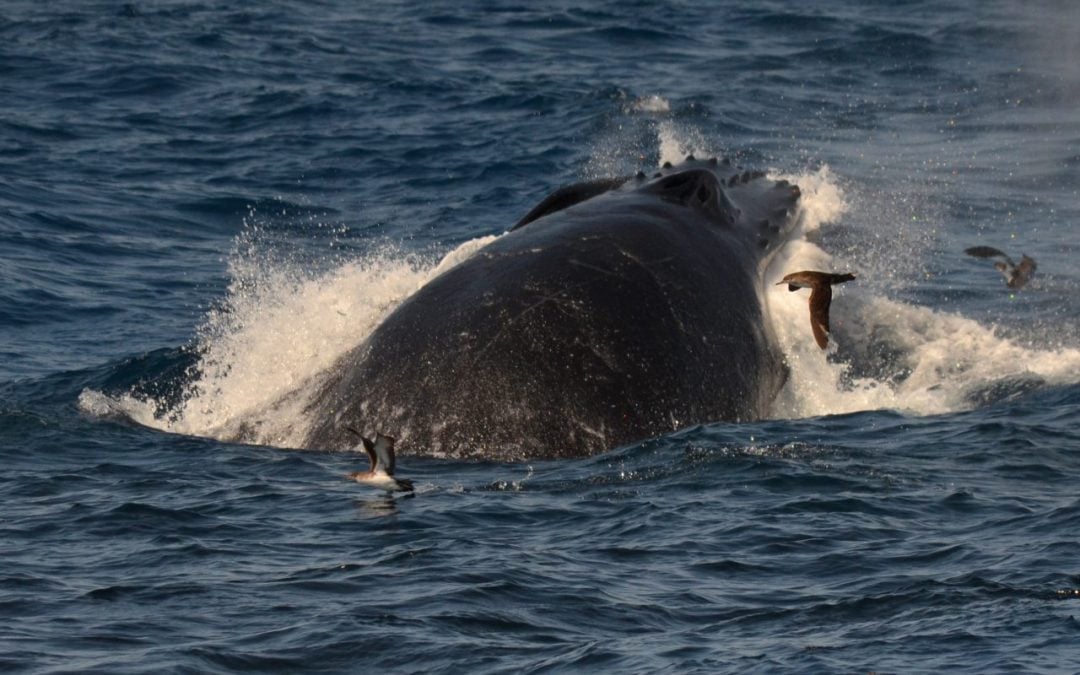 What a way to wrap up the weekend! The wildlife was in full forced today. Our morning trip kick-started with a brief sighting of ~3 Pacific White-Sided Dolphins and ~10 Common Dolphins. We later found a boat-friendly trio of Gray Whales! Upon waving goodbye to the three grays, one Humpback Whale and one Minke Whale were spotted in the same area! We were able to get some great looks at both until we were ready to head home.
In the afternoon, we found ~5 Pacific White-Sided Dolphins immediately after exiting the channel. Further to the west, two Humpback Whales were found bouncing between enormous bait-balls! ~200 Common Dolphins spread throughout a wide range of water and bait. We spent the majority of our afternoon observing feeding frenzies but finished the trip with a single northbound Gray Whale and a handful of Inshore Bottlenose Dolphins. That’s it for now, whale watchers!
Trash/recyclables: Zero