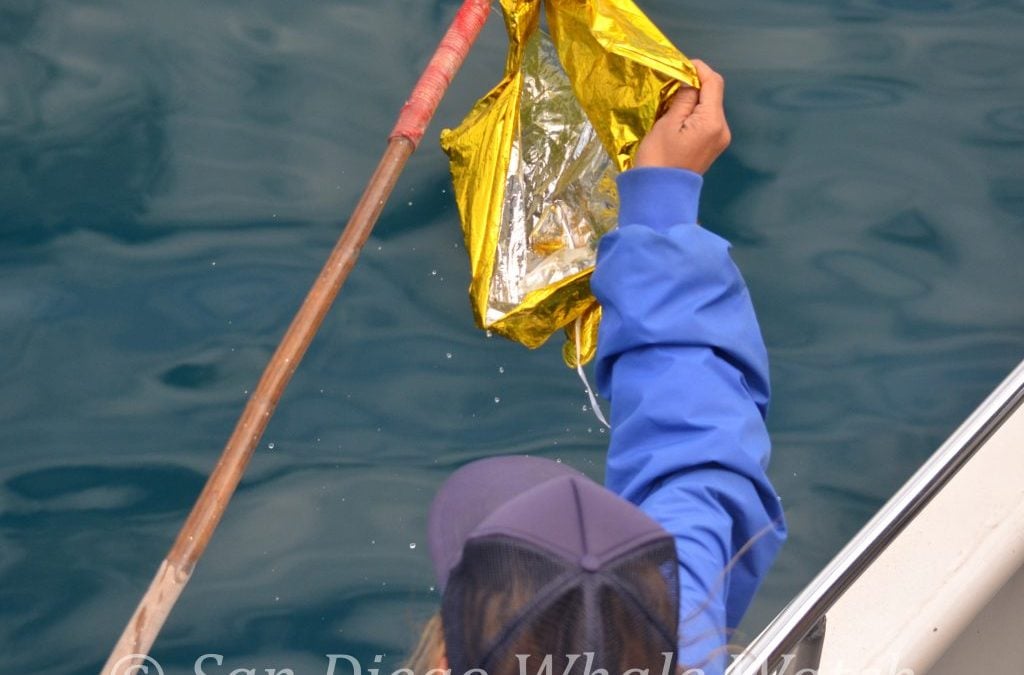 Sunshine, dolphins and balloons, oh my! It was a great day to be on the water. The ocean was calm and our visibility was impeccable. We could see all the way to San Clemente island by the afternoon! While equipped with such great visibility, dolphins were spotted with ease. On the morning trip, we passed through three sub-groups of Common Dolphins that amounted to ~200 individuals in total! A few California Sea Lions passed us by throughout the trip as well.
Our afternoon started off quickly, with a brief sighting of ~2 Inshore Bottlenose Dolphins and ~10 Pacific White-Sided Dolphins as soon as we left Mission Bay. Just like on the morning trip, numerous pods of Common Dolphins were observed. We estimated ~160-200 Common Dolphins in total. On our way back to land, we passed through ~20 Pacific White-Sided Dolphins and were escorted through the channel by a pair of Inshore Bottlenose Dolphin! Throughout the day, we retrieved any mylar balloons that were without our range. Unfortunately, the fantastic visibility made it easy to see that there were likely balloons in the triple digits on the surface today. At least the wildlife was just as plentiful! Until next time, whale watchers!
Trash/recyclables: 4 mylar balloons