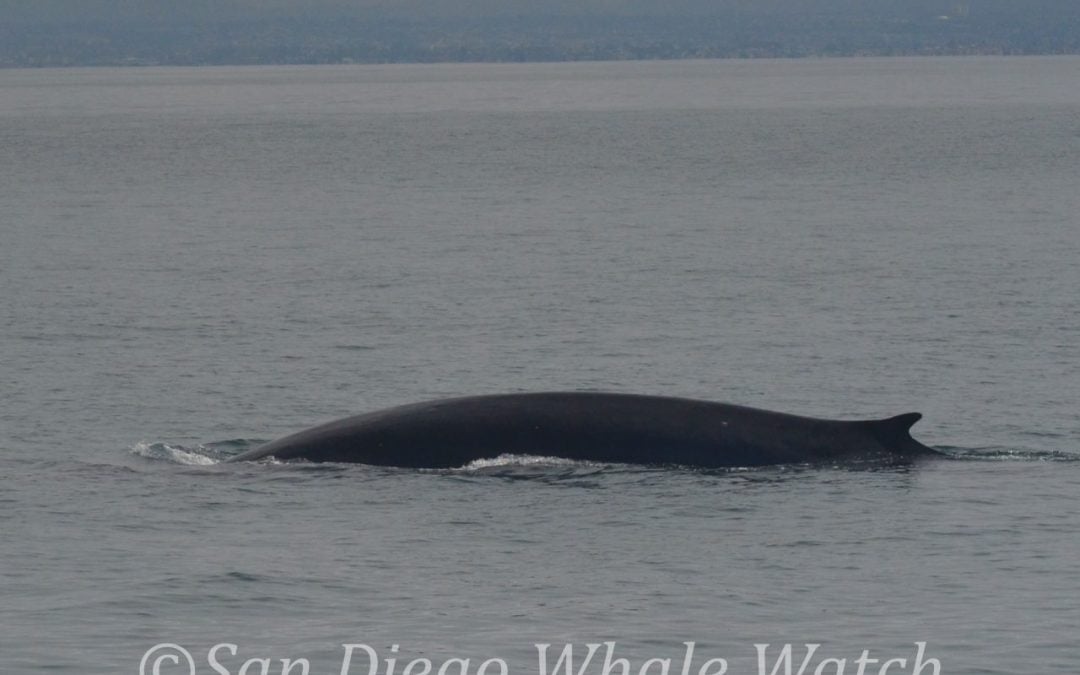 Our FIRST BLUE WHALE of the 2019 season has been sighted!!! On top of that we sighted numerous pods of Common dolphins, and an interesting and rare sighting of pinniped species! To start off our trip this morning, a handful of Inshore Bottlenose dolphins greeted us at the mouth of the jetties. They were seen chasing fish at the surface! We continued out to the west, and not too far a pod of Common dolphins appeared. There were ~100 Common dolphins in our first pod. They were seen traveling to the north. We also sighted more in the distance, putting our total at ~200 individuals for the day. We continued out to the drop-off and head south and that is where we got lucky! A single, subadult Blue whale was sighted traveling north! It would surface for a few breaths, and then go down for a sounding dive. On the last sighting, it surfaced pretty close to us! We could see its distinctive rostrum, splashguard, back and tiny little dorsal fin! It arched its back and dove down, for our last look of the day. We never relocated it. We pointed our nose to the coast and along the way, a pinniped species was sighted rolling around at the surface. It was using its foreflippers to rub its face! This was a juvenile that didn’t mind us hanging out with it. We are unsure of the species, but photos have been sent out to experts that can help us identify. We traveled home and passed by the same pod of Common dolphins that we sighted earlier in the trip! Overall, it was an amazing day on the water! We hope you come out soon, as today marks the first day of Blue whale season!
Trash/Recyclables: ZERO!
-Vanessa