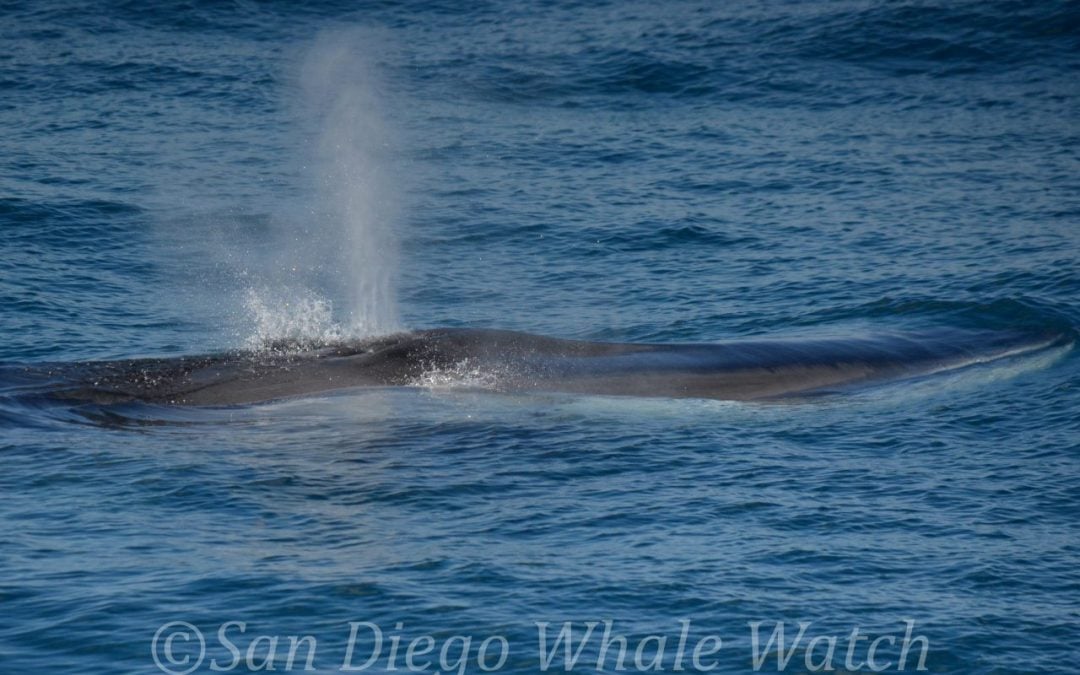 Man, was it good to be back on the water for a FIN-tastic day of sightings! Fin Whales made quite the appearance off San Diego today and were spotted on both trips. In the morning, we observed a trio of circling Fin Whales that showed us some astounding friendliness. They circled the area AND circled our boat, giving us some spectacular views! On the afternoon trip, another three Fin Whales were spotted; although, we were only able to get good, close looks at one of them. Although the Common Dolphins were scarce today, we passed through few handfuls of them on both of our trips! An additional handful of Pacific White-Sided Dolphins surface beside the boat on the morning trip as well. In total, we likely found ~5 Pacific White-Sided Dolphins (observed in the morning) and ~25 Common Dolphins throughout the entire day. Lastly, a few Harbor Seals were spotted on each trip. That’s it for now! Until next time, whale watchers.
Trash/recyclables collected: 2 mylar balloons