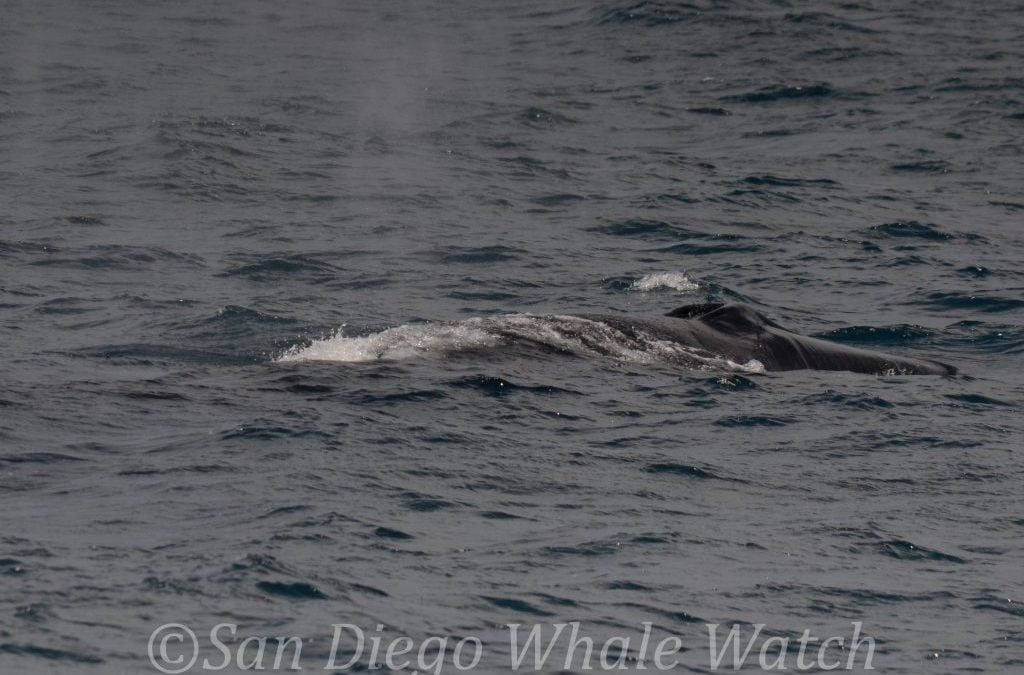 What a great way to wrap up the weekend! If ever there was a shortage of Fin Whales, it sure wasn’t today! On the morning trip, we spotted a single Fin Whale that turned out to be TWO Fin Whales, swimming within a small square area of one another. We got fantastic looks at each individual and confirmed that there were two whales as soon as we realized how different their dive patterns and dorsal fins were. On our way back to the coast, an additional two spouts were called out but we did not have enough time to determine the species of either one. In the afternoon, we found even MORE Fin Whales! A trio of fins showed strong boat-friendliness as they circled us and eventually began to indicate feeding behavior. Our crew began to notice them swimming sideways, sub-surface, as they looped around the area. While keeping an eye on the three Fin Whales we had close-by, we noticed another mystery whale on the horizon. We wish we had more time to investigate each and every spout seen on the horizon that we have to turn our backs on. We’ll just have to wait and see what the ocean has in store for us tomorrow. Trash/recyclables: Zero!