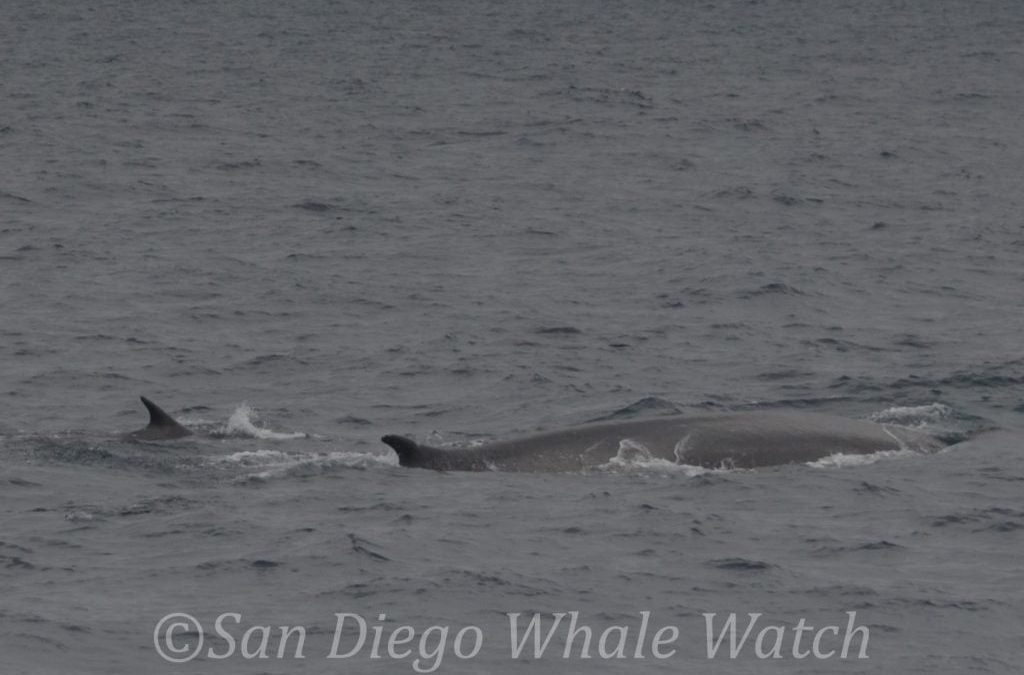 Wow what a day, the fin whales are still here and abundant! On the morning trip we had 2 fin whales about 7-8 miles out just off the drop off. They were likely feeding on pelagic red crab as we were seeing it below about 150 feet down on the fish finder. After leaving these two whales we heard people yelling “shark!” As it turned out it was the largest bony fish in the world, the Mola mola, hanging around a kelp paddy. On the way back we found a pod of around 40 feeding common dolphins along with California sea lions. The PM trip was even wilder! We first had a brief glimpse of a northbound gray whale but we decided to keep moving to where we saw the fin whales, and when we got there it was well worth it. First we had a group of around 4 fin whales along with a pod of common dolphins, before we left them to pursue more spouts in the distance where we found 5 more, including a cow/calf pair! We felt like staying out all day but had to head back as we were 13 miles from home. Now is the time to see fin whales, so come on out!
Ryan