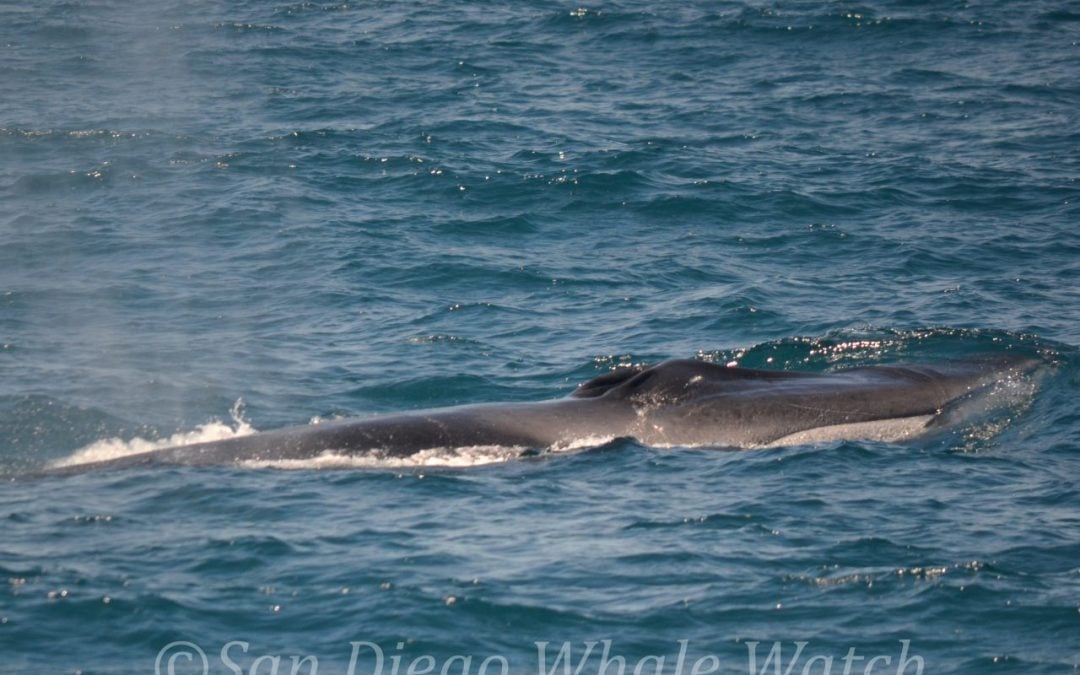 We’re wrapping up a fantastic weekend with another day filled with Fin Whales and Common Dolphins! On our first trip of the day, one pair of Fin Whales gave us the slip after a short attempt at observing them. We instead, found a much more boat-friendly Fin Whale that allowed for some fantastic looks! Between two separate pods of Common Dolphins, we cruised through ~70 in total throughout the trip!
We found another two Fin Whales this afternoon! They were initially spotted on the trek toward a massive spout we had spotted on the horizon. We never got the opportunity to confirm the species of the third individual but the pair of Fin Whales surely made up for that! ~20 Common Dolphins were seen swimming around the Fin Whale pair and another pod of ~50 Common Dolphins were spotted along the way home. We expect some fairly nice conditions on the water tomorrow so we hope to see some eager whale watchers on board in the morning!
Trash/recyclables: Zero!