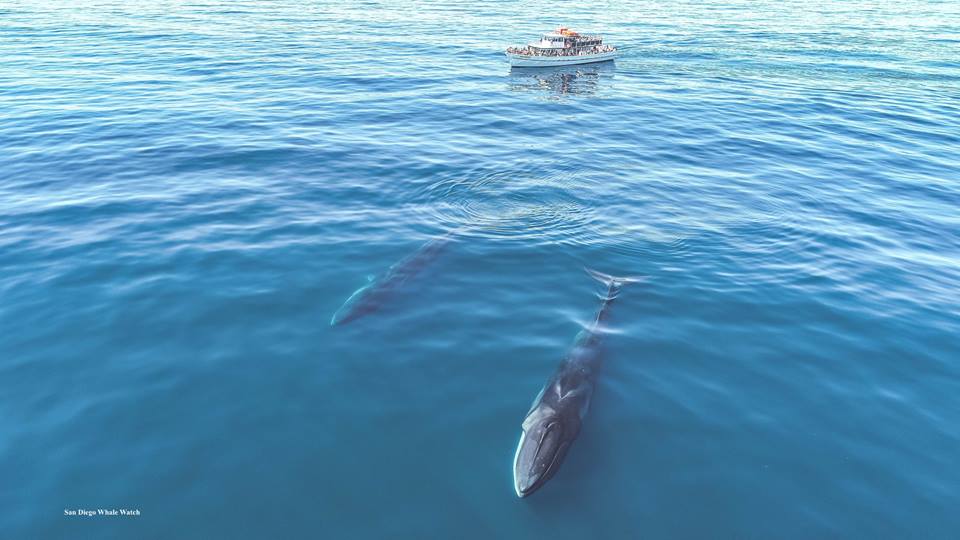 We’re wrapping up the weekend with Fin Whales and Common Dolphins! The dolphins were spread throughout our entire range off San Diego while the Fin Whales continuously circled the same area. On the morning trip, we passed through widely spread sub-groups of Common Dolphins until we counted~125 dolphins in total for the morning. In between sightings of toothed whales, we spotted numerous spouts toward the end of the trip. TWO Fin Whales were confirmed and observed, as they circled our boat! While enjoying the whales that were up close and personal, we noticed two additional spouts that were too far for us to investigate. We believe one of the two distant whales was a Blue Whale, due to having a tiny dorsal fin and light body coloration!

Later on in the afternoon, we were lucky enough to get some great looks at one boat-friendly Fin Whale and ~50 Common Dolphins! The dolphins were scattered and widely spread, just as they were on our first trip. In addition to the Fin Whale that we spent most of our time with, we noted a second Fin Whale in the distance. It was just as gorgeous on the water as we had anticipated and we’re hoping the great conditions last until our next set of trips on Tuesday. See you on the water, whale watchers!