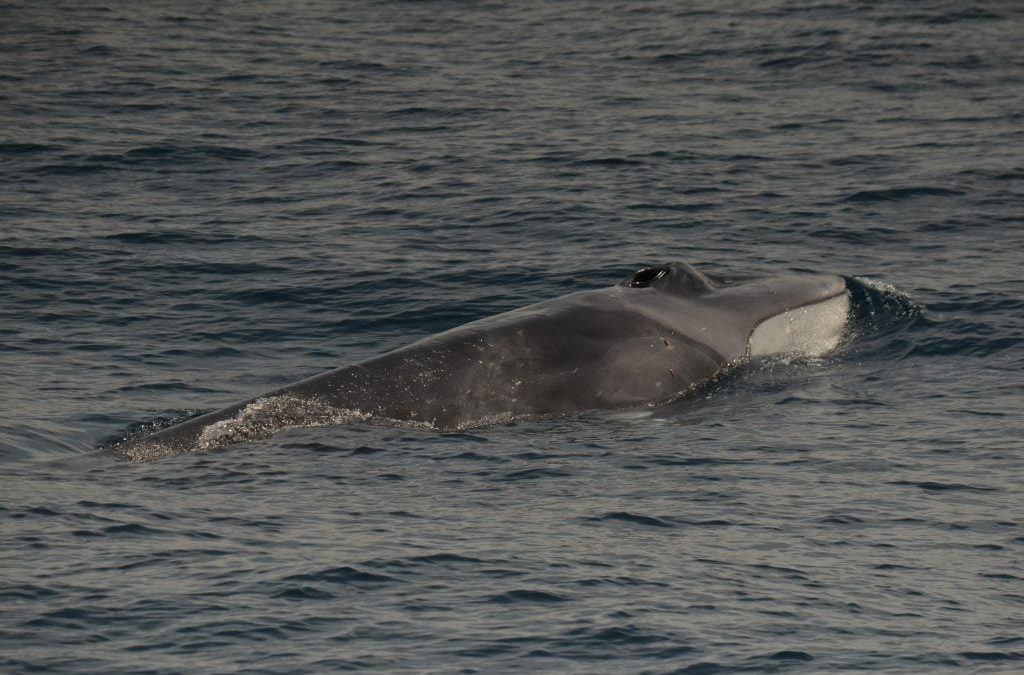 It was a mighty fine day to be on the water for some whale watching! FOUR Fin Whales were spotted today, split evenly between each trip. Throughout the beginning of our morning trip, scattered groups of up to ~150 Common Dolphins covered a large area of water. Passing through sub-group after sub-group of dolphins eventually led us to a pair of boat-friendly Fin Whales! We observed the same two species this afternoon, including an elusive pod of ~15-20 Common Dolphins and another two Fin Whales! We were only able to get good looks at one of the individuals this afternoon, but its extremely close pass by the boat made it a spectacular sighting. Throughout the day, a handful of California Sea Lions were seen offshore while on the lookout for cetaceans. We will be back on the water on Tuesday so don’t forget to book your seat on the boat while we still have spots available! Until next time, whale watchers! Trash/recyclables collected: Zero!!! -Dani