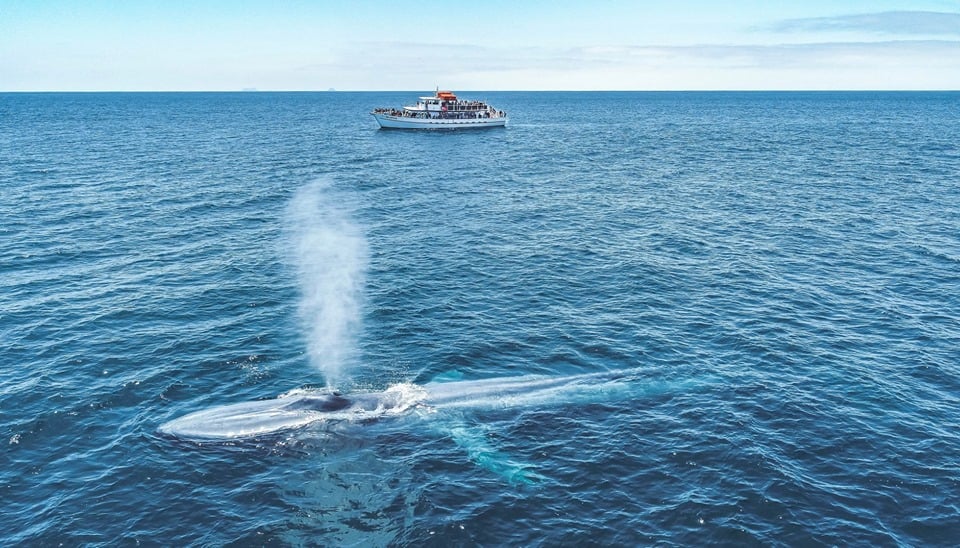 Blue sky, blue water and Blue Whales surrounded us this morning! In addition to a few scattered pods of up to ~50 Common Dolphins in total, we spotted massive spout after spout along the horizon. Each and every blow appeared to be that of a Blue Whale. While approaching the horizon to catch up with them, a nearby individual stopped us in our tracks! It was logging at the surface and barely moved while we observed it. Although it did not raise its flukes, it surely made some breathtakingly close passes by our vessel! With how many huge spouts we saw in the distance today, we wouldn’t be surprised if our week ends up filled to the brim with blues! Don’t miss out on your next chance to see the largest animals on the planet RIGHT HERE and RIGHT NOW! See you on the water, whale watchers.