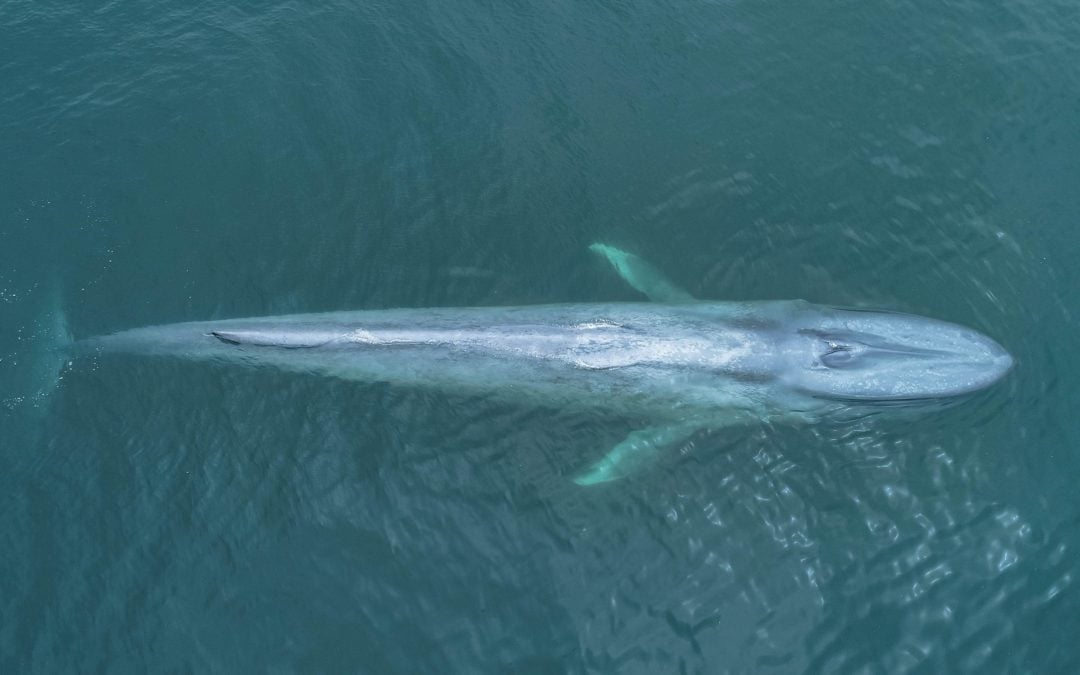 Super Cetacean Saturday is here once again!!! It was a gorgeous day on the water with multiple Blue whales and big pods of Common dolphins! We started our morning with an awesome pod of Common dolphins that were observed underneath some diving birds. After the feeding frenzy, they came over to check us out! We saw many cow/calf pairs. We continued out to the west and found two Blue whales! We observed them surface for many breaths but they also had long dive times. One whale even showed us its flukes upon diving. We sighted a Humpback whale in the area that made a brief appearance but we never sighted it again. One of Blue whales surfaced further away, and flashed us its flukes upon diving. We had more Common dolphins on our way back to the coast.

During the afternoon, we had another amazing trip! We found a huge pod of ~200 Common dolphins at the drop-off! They were very densely packed, traveling to the NW. We got to see them up close and personal, with some acrobatic behaviors observed. While watching them, a huge spout was sighted to the west. We zoomed over and sighted multiple whales in the deeper water, close to 9-12 miles from shore. Once dialed in, we sighted both the largest AND second largest whales in the world, the Blue and the Fin whale!!! The Fin whale was following close behind the Blue whale, alternating their breaths. We have observed Blues and Fins in the same area before, but this encounter was different, as there was definitely some socializing going on! We got to see the flukes of the Blue whale and an extreme arch of the Fin whale as they both went down for a deep dive. We waved goodbye and pointed our nose home, as we were 12-miles from shore! We got lucky and found more Common dolphins along the way!

Trash/Recyclables: ONE mylar balloon successfully retrieved from the ocean!