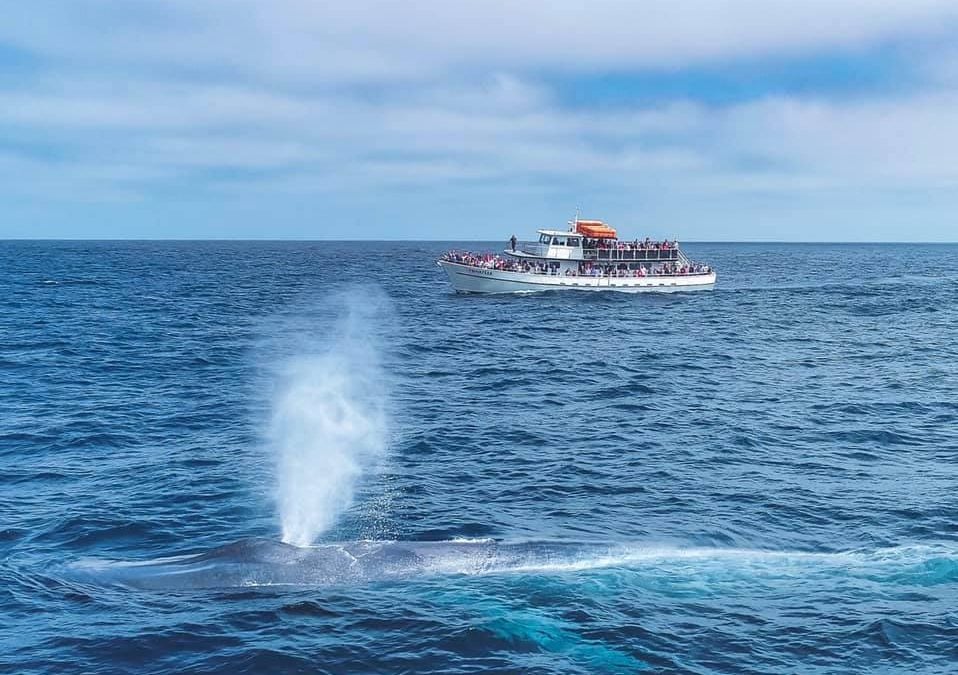 It was a fantastic day full of wildlife! This time of year we venture out to deeper water and we had some great sightings of both baleen and toothed whales! During the morning, we found a scattered pod of Common dolphins that came over to check us out! We continued to the west and found a feeding frenzy that included birds, Common dolphins, Minke whales and a mystery baleen whale! In total, we found ~200 Common dolphins, five Minke whales, and one mystery baleen whale that exhibited a spout. The wildlife was keeping us on our toes, as the Minke whales would pop up around us! On our way home, we sighted a huge pod of ~500 Common dolphins that were extremely acrobatic and energetic! They were breaching one right after the other, making for a great grand finale!

During the afternoon cruise, we searched far and wide for wildlife! We set out to the NW toward the drop-off. We found ourselves 9-miles from shore and cruising along at ~2000 ft of water. Out of nowhere we sighted a couple of spouts out to the west! One of the spouts were tall, columnar, and almost 30-ft high! We caught up with the largest animals on the planet, the blue whale! We got great looks as it prominently cruised to the NW, toward La Jolla. We head home and found a pod of Common dolphins that were eager to check us out! They bow-rode and surfed in our wake!

Overall, we had an incredible day! Join us for an adventure out searching for whales!