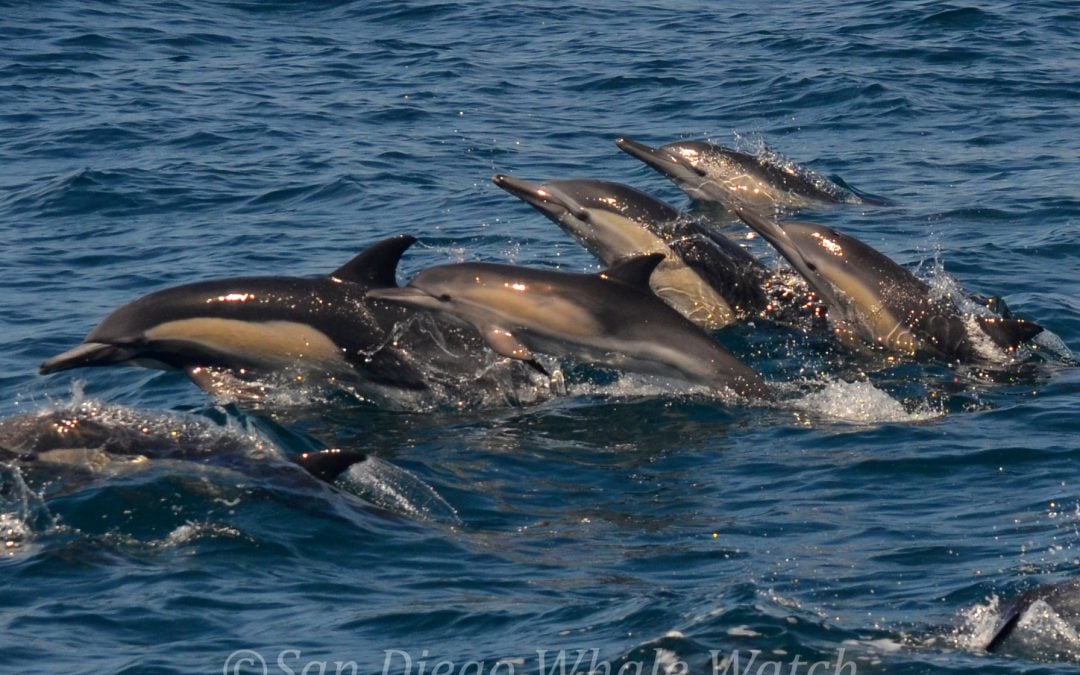 You never know what you will see out in the Pacific ocean! We had a great day full of sightings! During the morning, we enjoyed a nice time catching up with Common dolphins! They were seen on our way out to deeper water. They seemed to be eager to ride the bow and surf alongside of us. We could see many cow/calf pairs as well as juveniles all around. We found ourselves 10-miles to the west of Mission Bay and along the way found a Mola mola or Ocean sunfish. During the afternoon, we set out to the northwest and found another amazing pod of Common dolphins! They were traveling fast, but still found time to join us for surfing and bow-riding. We enjoyed watching them porpoise out of the water in unison — it was like watching waves of Commons. We continued out to the NW and sighted more Common dolphins that were booking it to the NW, but we stopped to check out a Mola mola. A Blue whale was sighted not too far from us and we got to watch two cycles at the surface. On our way home, a pod of ~12 Risso’s dolphins that were also traveling NW. An sweet but brief sighting that was very exciting. Trash/Recyclables: ZERO!!! It was an amazing day on the water, join us soon for our next adventure! -Vanessa