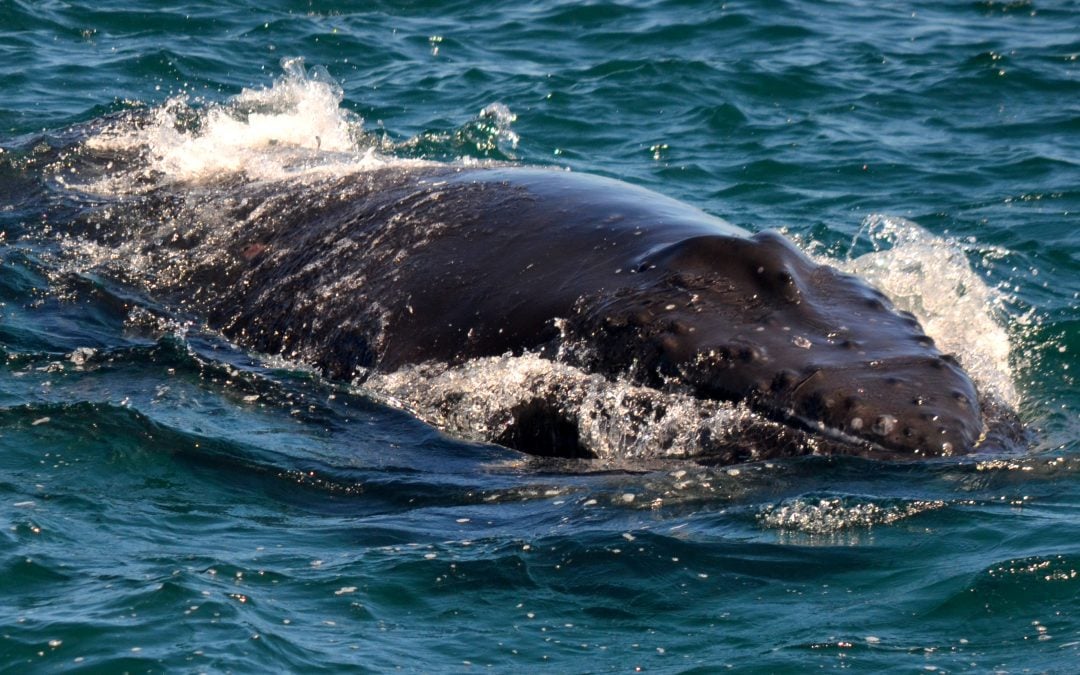 It was a remarkable day on the water, filled with Humpback Whales and Common Dolphins! We embarked on two very similar trips, during which we placed ourselves smack-dab in the middle of countless giant feeding frenzies! On our morning trip, we observed as bait balls formed together an wildlife began to close in on it. Our favorite little humpback, informally known as “Twitch” passed by every single patch of food on a one track mind to catch up with Common Dolphins! We caught up with nearly ~450 Common Dolphins while observing the Humpback Whale.
We relocated “Twitch” the humpback and another few hundred Common Dolphins on the afternoon trip! Everything seemed to finally engage in foraging behavior and we watched as the wildlife came together, separated, then came back together around bait ball after bait ball. The Humpback Whale tail-lobbed TWICE and showed potential feeding behavior, sub-surface! Our sister company, Cruise San Diego, is actually departing on a wildlife-based sunset cruise in one hour and we’re crossing our fingers that we can enjoy a THIRD round with this amazing wildlife! See you tomorrow, whale watchers.
Trash/recyclables collected: Zero!