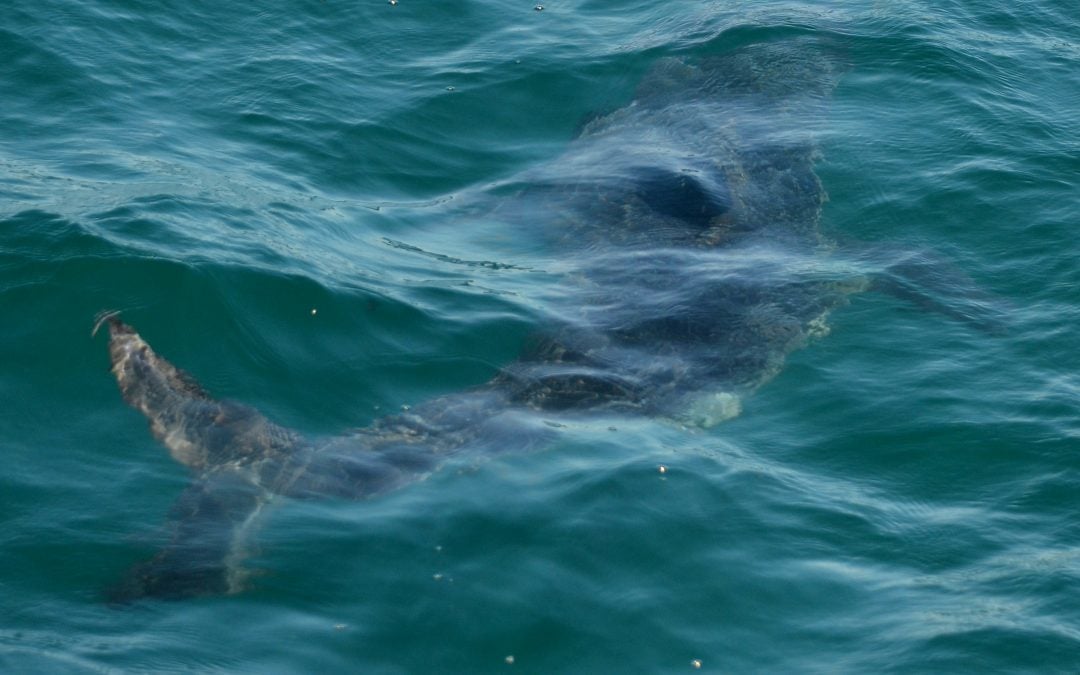 We witnessed evidence of how truly biodiverse the San Diego area is today as we encountered FIVE different cetacean species throughout the span of two trips! Three different species of toothed whale made an appearance this morning, including ~30 Risso’s Dophins, ~50 Offshore Bottlenose Dolphins and ~150 Common Dolphins! We witnessed interspecies mingling between an entire pod of Risso’s Dolphins and three of the bottlenose that were not seen associating with the rest of the Offshore Bottlenose Dolphin pod. After passing through each pod of two differing species, we encountered “Twitch” the Humpback Whale AGAIN! The whale was tagging along behind a pod of Common Dolphins as they bounced between numerous bait balls.

We searched and searched for the Humpback Whale this afternoon but instead found a much more rare treat for everyone..a boat-friendly, brave MAKO SHARK! It allowed us to make many close passes and even approached us on its own to investigate the boat. After leaving the mako behind, we found a nursery pod of Common Dolphins, filled with adult females and newborn calves! As we always say, you never know what you’ll find when you venture out into the deep, blue pacific! Until next time, whale watchers.