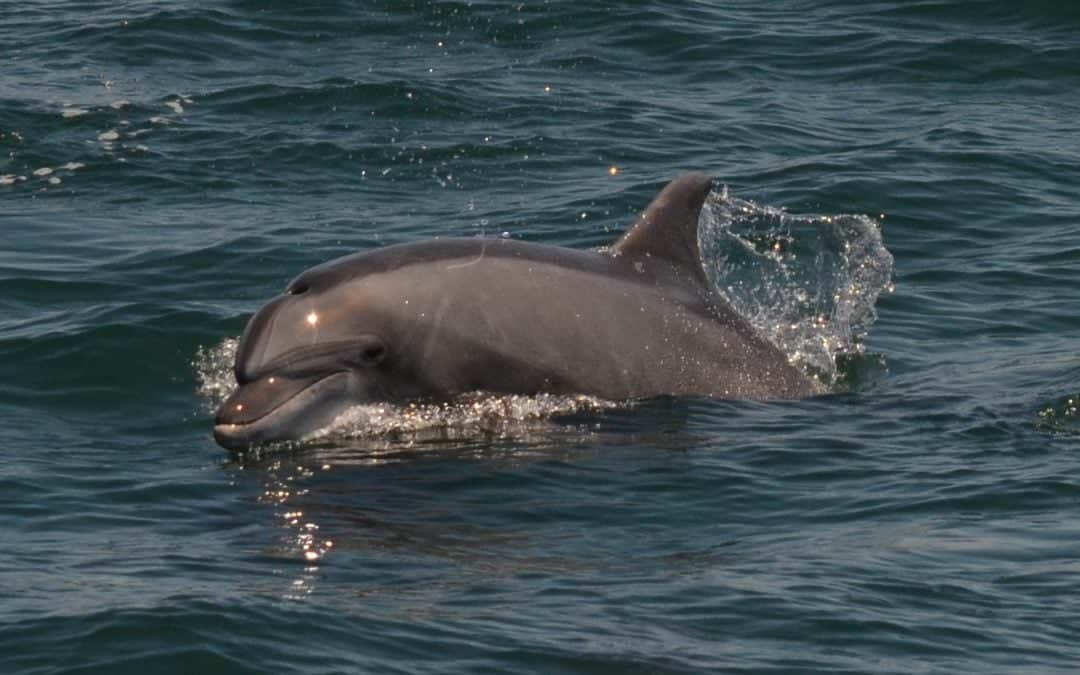 Feeding frenzies, acrobatics, and sunshine! We enjoyed two wonderful trips on the Pacific ocean! We sighted Inshore Bottlenose dolphins on our way out of the Mission Bay jetties this morning. They were actively hunting, exhibiting some fast movements. We found another feeding frenzy out in deeper water toward the west. A huge pod of ~100 Common dolphins were chasing sardines under diving birds. We observed them swim upside down trying to feed. Sardines were jumping out of the water, trying to get away. We found another pod down to the south that was incredibly boat friendly. Many cow/calf pairs were sighted in the pod that made for some cute sightings. We observed on final pod that brought our morning total of Common dolphins to ~175.
In the afternoon, we pointed our nose to the NW, and made it almost 9.5 miles from Mission Bay. We could see La Jolla and beyond as the visibility was impeccable. We got lucky and sighted a pod of ~100 Short-beaked Common dolphins that were very acrobatic! We watched as they breached, porpoised, tail-slapped and chin-slapped during our entire visit! They eagerly bow-rode the Privateer and gave us some great looks! There were even some calves that were testing their acrobatics as they porpoised right next to their mothers. There were some super stars that rocketed out of the water almost ~20-ft out of the water!
It is never a dull day on the ocean, so come join us for an awesome adventure on the water!
Trash/Recyclables: ZERO!!
Naturalist,Vanessa