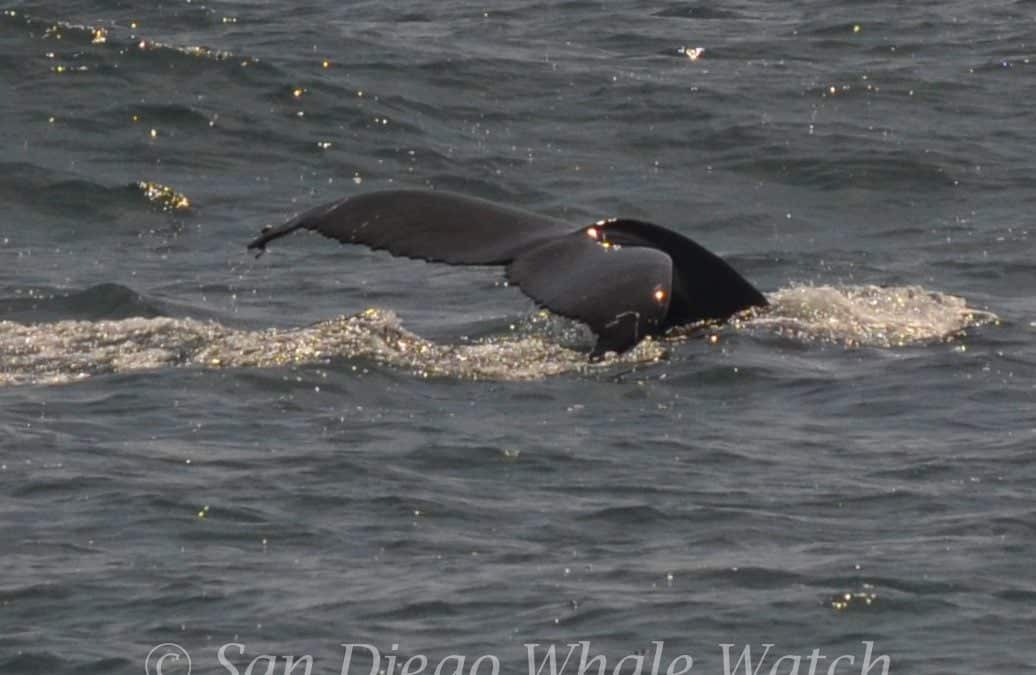 We enjoyed a splendid day full of wildlife! We encountered Common dolphins and a Humpback on both of our trips today. To start our day, we found a scattered pod of Common dolphins feeding right outside of the Mission Bay jetties. They were zipping around chasing bait. Many birds were diving into the water in the same area. We ventured out only 3-miles and found “Twitch”, the juvenile Humpback. We watched it travel to the south. It seemed to be pretty mellow, but out of nowhere it BREACHED right before our eyes! It was almost fully out of the water too! We got some great looks at each breathing cycle, and observed many tails!We had another awesome trip in the afternoon! We pointed our nose to the west, and almost 8-miles from shore, we found a super fun pod of ~100 Short-beaked Common dolphins! They were energetically leaping, breaching and porpoising all around us! We got to see many cow/calf pairs that were mimicking their mothers as they popped out of the water. We continued to the SE and found more Common dolphins traveling up the coast. These were of the Long-beaked variety, and stayed true to their course as they passed us by. At the end of Point Loma, we sighted “Twitch” again! It was moving north at a steady pace. We observed many spouts, its back, dorsal fin and to top it off, the tail!

Join us for a great day on the water, we never know what we will see in the Pacific!
Naturalist,Vanessa