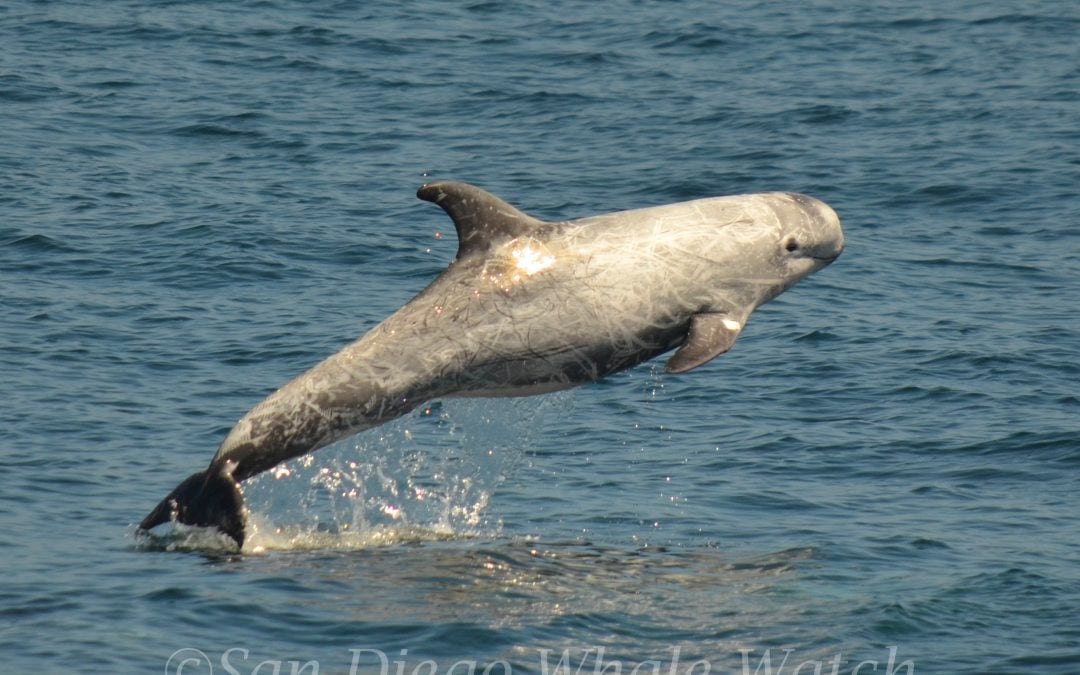 Wow! We had an action-packed day full of rare species! We sighted a cow/calf pair of Bryde’s whales, 30-40 Risso’s dolphins, and a pod of ~30 Common dolphins! It was a gorgeous day, with calm, flat seas, and blue skies! We found all our wildlife out near the drop-off. We sighted the Common dolphins first as they traveled to the north. After noticing us, they zoomed over to bow-ride and surf in our wake. Many juveniles were seen as well as some acrobatic behaviors. We were on our way to a sighting to the south, when a Bryde’s whale was sighted parallel to us! It zig zagged around us, as it trended SW. A mini feeding frenzy with terns and gulls were sighted diving down to feed on a bait ball! The approximately 50-ft Bryde’s whale surfaced right in the bait ball! While waiting for it surface again, another smaller Bryde’s whale surfaced to the north of us, headed toward the feeding frenzy! They joined up and began to chase the bait! We would see the fish bubble to the top, and the Bryde’s whale would surface in the same spot! We got great looks as they cruised beside us! Only 100-yds away two subgroups of Risso’s dolphins showed up! We observed some playful behavior! A few breached and porpoised beside us!
It was an amazing day! We can’t wait for our next trip tomorrow! Come join us!
Trash/Recyclables: ZERO!!!
-Vanessa