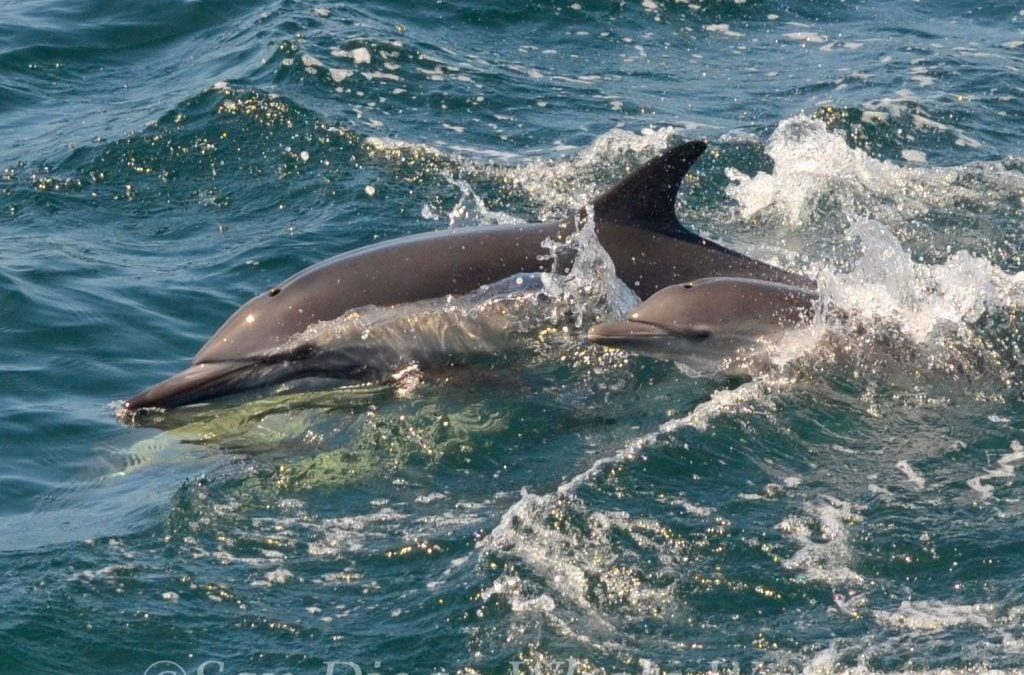 What a wonderful way to kick off the Labor Day weekend! We enjoyed some great sightings of toothed whales! We observed some incredible Common dolphins on both trip today! During the morning trip, we observed close to ~200 Common dolphins out near the drop-off. They were prominently headed south, but zoomed over once they noticed the Privateer! We got to observe bow-riding, breaching and surfing! Many little calves were sighted near their mothers too! We even witnessed a stampede! Out of nowhere, they all took off in all different directions at top speed! Eventually, they came together once again!
During the afternoon cruise, we left the Mission Bay jetties and had a quick sighting of four Inshore Bottlenose dolphins! They were sighted near our bow and then dove under out boat to the north! They seemed interested in us as they got super close! We continued out to the drop-off and found another pod of Common dolphins! They were also eager to join us around the boat! This pod was slightly smaller at around ~100 individuals! We observed some cool porpoising and breaching behavior every now and again! We even witnessed some courtship behavior as some of the Common dolphins were swimming belly-to-belly! Lots of calves were also sighted as a result!
We are excited to get back out there! Come join us for a pleasant ride on the Pacific ocean!
Trash/Recyclables: ZERO!!!
Naturalist,Vanessa