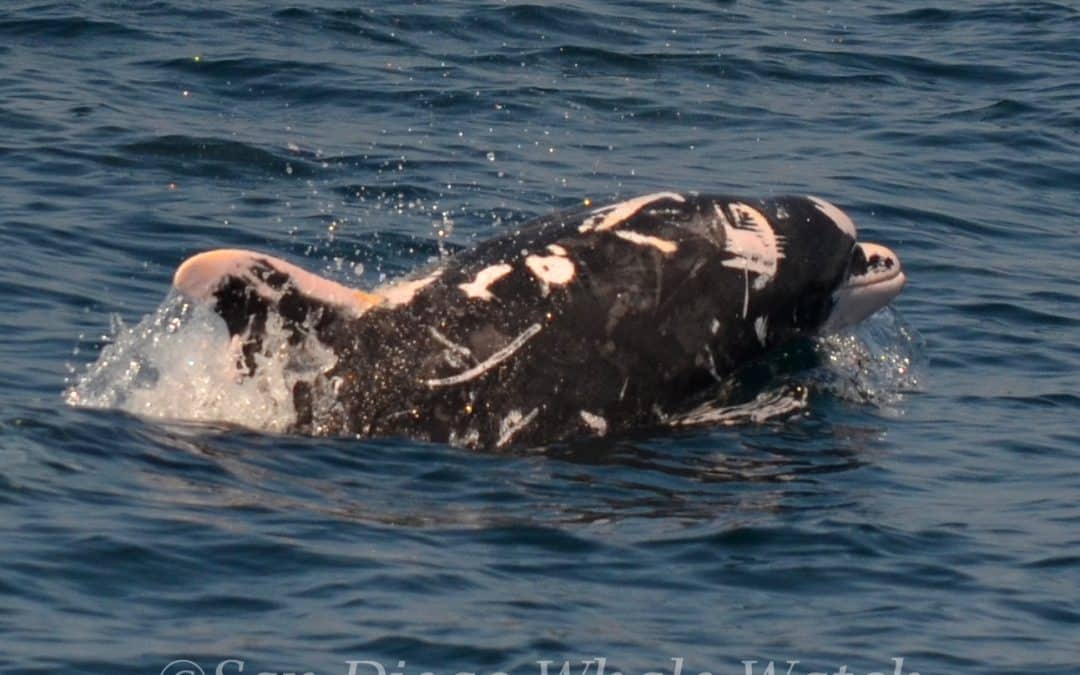 Wahoo! We enjoyed an action-packed day, full of wildlife! We zoomed out to the drop-off and found our first sighting of the day, a huge pod of ~150 Short-beaked Common dolphins! They were racing to the south, but didn’t mind hanging out with us. We observed many cow/calf pairs in the mix. Some were bow-riding and surfing in our wake! We continued to the NW and sighted a big pod of ~60 Offshore Bottlenose dolphin! They also took time to spend with us. Juveniles as well as calves were sighted all around us. We witnessed some huge, 10-15 foot leaps from a few exuberant Bottlenose dolphins! We found Patches, the leucistic Bottlenose dolphin! We were on our way to another pod of dolphin, out to the west, when a spout was sighted by a passenger! It belonged to a Bryde’s whale! It was full grown, close to 50-ft in length. We sighted another smaller individual that cruised alongside our boat toward the west. We got some great looks as it surfaced for breaths. We could see distinctive fluke prints that helped us determine its direction of travel. We could its distinctive three ridges on the rostrum and the very unique dorsal fin.
Trash/Recyclables: ONE Mylar balloon successfully retrieved!
It was an awesome day! With warmer waters, we have chances of seeing these rarely sighted Bryde’s whales! Come try your luck!
Naturalist, Vanessa