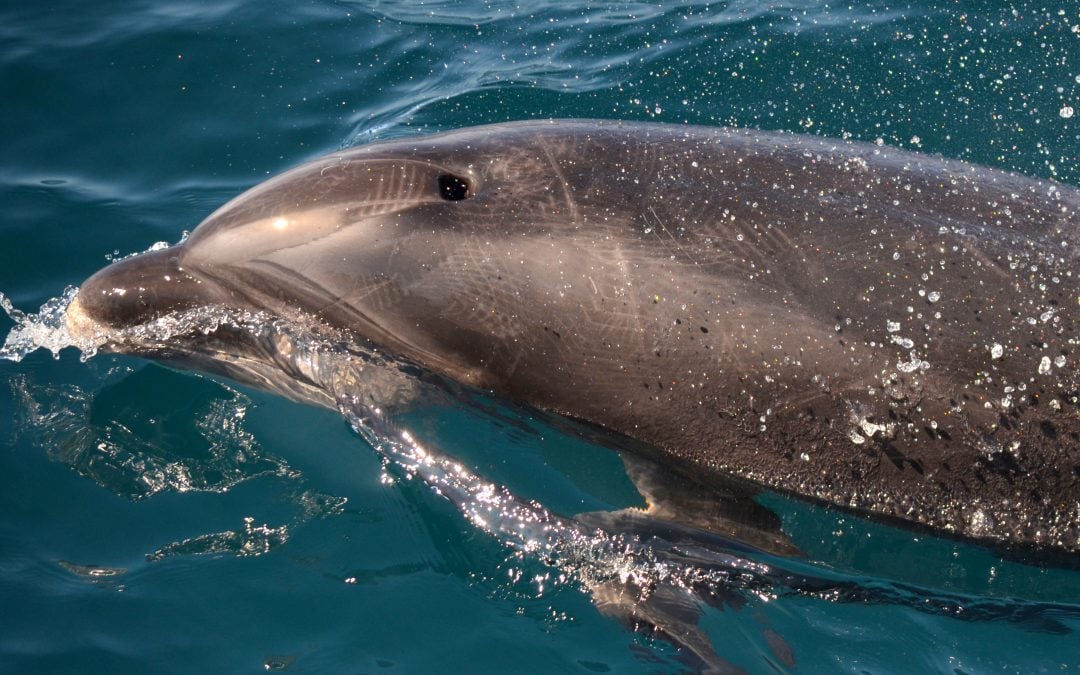 This weeks Cetacean Saturday was reserved for toothed whales and we encountered FOUR different species of them! All four species were spotted on the morning trip and we were able to relocate two species this afternoon. On the first trip of the day, ~35 Offshore Bottlenose and ~6-8 Risso’s Dolphins were spotted back-to-back! Within the same general area, ~200 Short-Beaked Common Dolphins were seen acrobatically swimming around the boat while ~70 Long-Beaked Common Dolphins were spotted closer to shore on our way home! It has been a LONG while since we have been able to report FOUR different cetacean species on a single three-hour trip.
In the afternoon, we were lucky enough to find a larger pod of Risso’s Dolphins (including the smaller handful we spotted in the morning) and more Short-Beaked Common Dolphins! ~30 risso’s swam in echelon formation right beside us and allowed us to make a couple close passes! Shortly after waving goodbye to our first sighting, a pod of ~100 Short-Beaked Common Dolphins interacted with us and showed off some acrobatics! Our crew was out at sunset yesterday evening and spotted a potential Bryde’s Whale! Although we didn’t see it today, we’re hoping for another look at one tomorrow. Until then, whale watchers!
Trash/recyclables collected: Zero!
-Dani