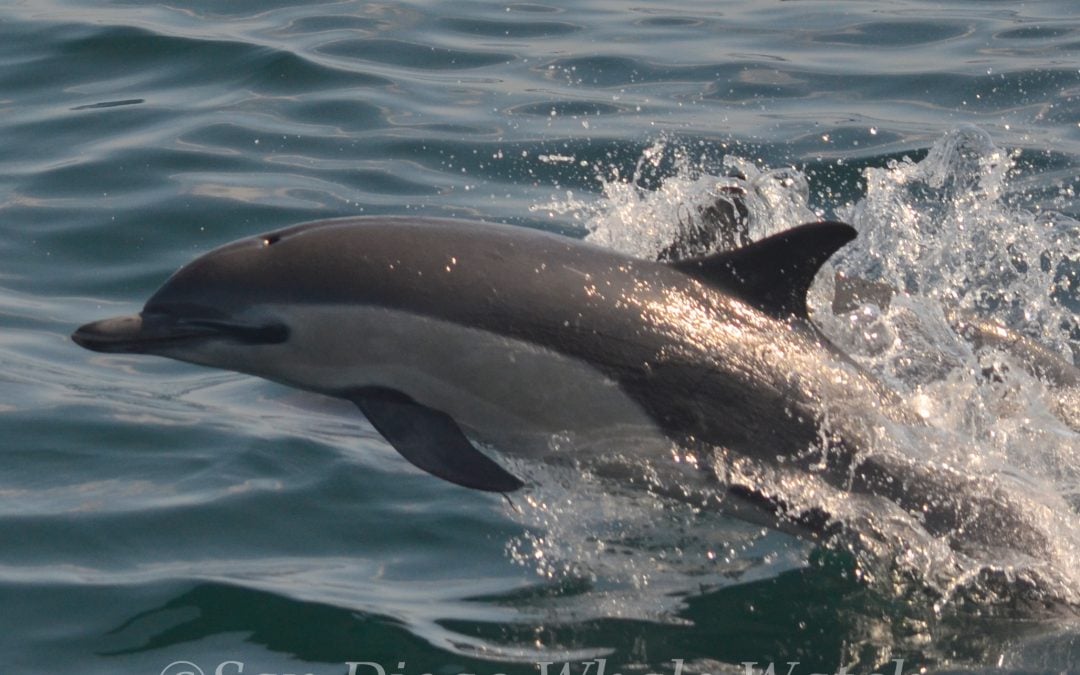 It was great day on the water! We sighted two species of toothed whale! During the morning, we found a pod of Common dolphins near the drop-off. They were cruising along to the north, but came over to hang out with us. We could see lots of babies all around! They bow-rode the Privateer and surfed in our wake! We continued out to the west, and found a pod of ~35 Risso’s dolphins that were traveling to the south. There were split into two subgroups that were in echelon formation, a typical view we see anytime we see this species. Some were interested as they picked up their heads, enough for their eye to peer above the waters surface to check us out.
During the afternoon, we zoomed out to the drop-off once again and head up to the north. We searched everywhere for wildlife but it was pretty quiet. We finally found a small pod of ~5 Risso’s dolphins. They seemed to be elusive, as they popped up around us. They would go on mini 5-min dives and then pop away from us. We let them be, and continued the search. We enjoyed some fun seas, as we were rockin’ and rollin’!
Join us soon for our next adventure on the Pacific!
Trash/Recyclables: ZERO!
Naturalist,Vanessa