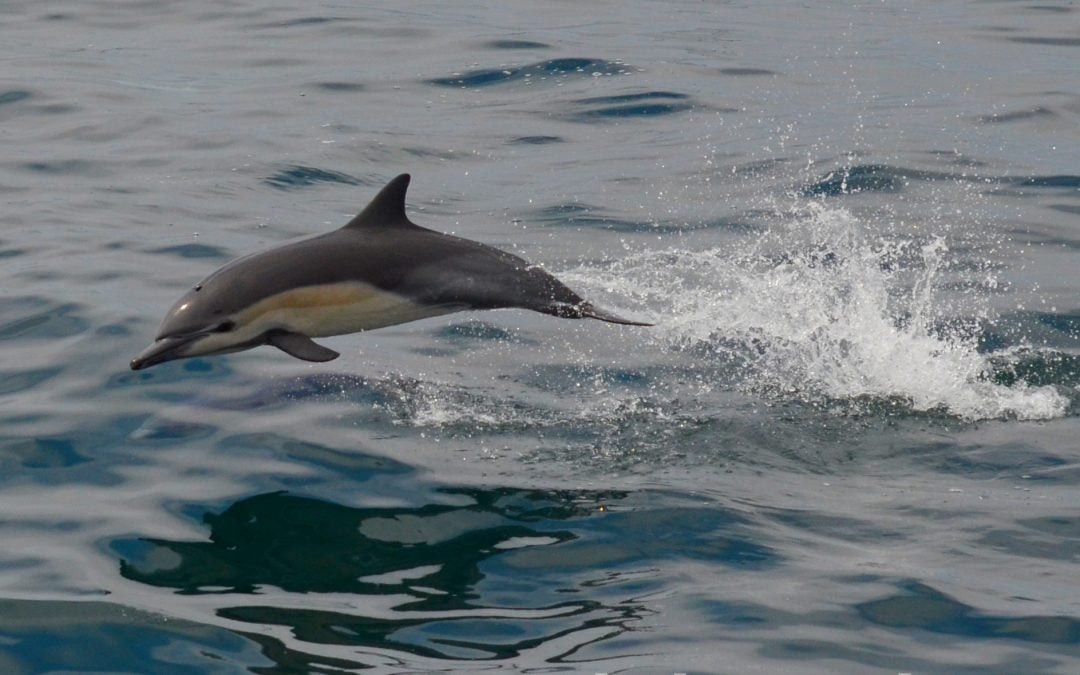 It was a great day to be on the ocean! We experienced some calm sea conditions with nice visibility. We zoomed out to the drop-off and on approach we could see diving birds and splashing! We found a pod of ~20 Long-beaked Common dolphins! They were likely feeding on small schooling fish underneath the birds. They came over to check us out by bow-riding the Privateer! In the same area, a Minke whale was sighted! It was traveling mostly to the NW. We got some looks at its back and the very distinctive falcate dorsal fin! It exhibited some elusive behavior so we left it be. We continued to the south along the drop-off and found a huge pod of ~350 Short-beaked Common dolphins! They were slowly traveling to the south in a very long 1.5-mile line. We witnessed some exciting acrobatics from exuberant individuals! They would rocket out of the water and land onto their sides and back, creating big splashes! Many cow/calf pairs were sighted as well. Some even attempted some quick bouts at bow-riding. We toured the Point Loma peninsula on the way home.
It was a great day, and we hope you’ll come join us for an adventure on the Pacific ocean. You’ll never know what you will find!
Trash/Recyclables: ZERO!
Naturalist,Vanessa