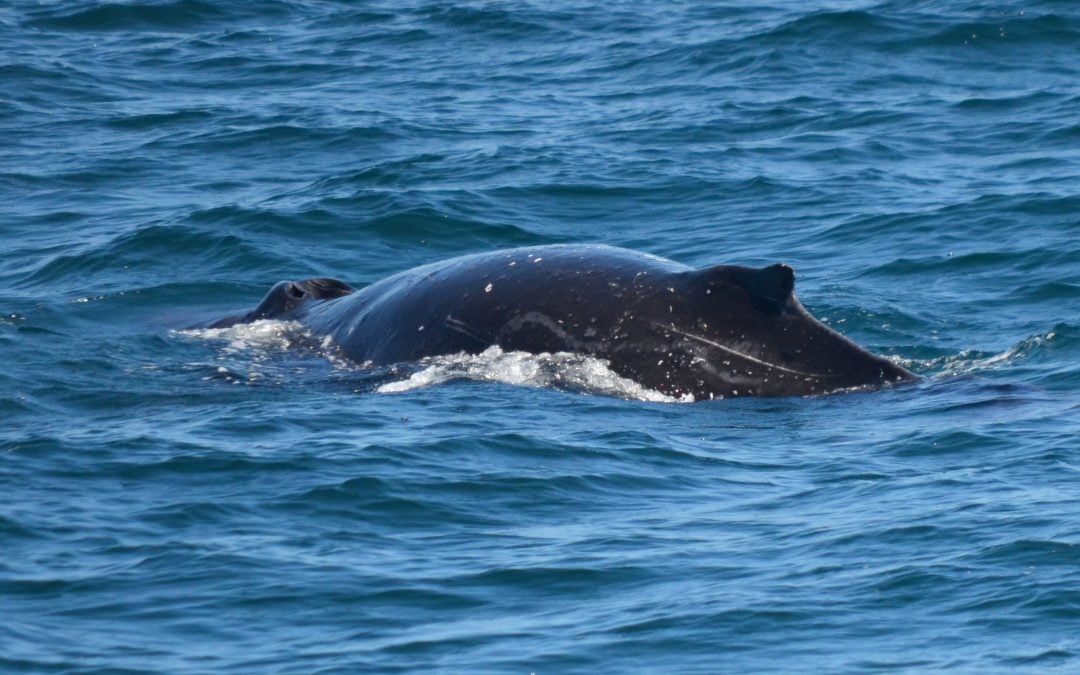 Look who is back and ready for whale watchers! Our local Humpback Whale, “Twitch” surprised us on the way in from a dolphin-packed morning trip! We started the day by circling an active pod of ~200 Long-Beaked Common Dolphins as they swiftly moved to the south. After turning toward the coast, we noticed puffy spouts from TWO different whales! Although they initially swam closely together, by the time we could identify one whale as “Twitch”, the other had separated and moved further north. We wish we had more time to identify the species of our humpbacks new friend but instead we were treated to a show of the tail-flukes as a wave goodbye from the Humpback Whale. Hopefully it sticks around for our trip tomorrow! Until then, whale watchers!