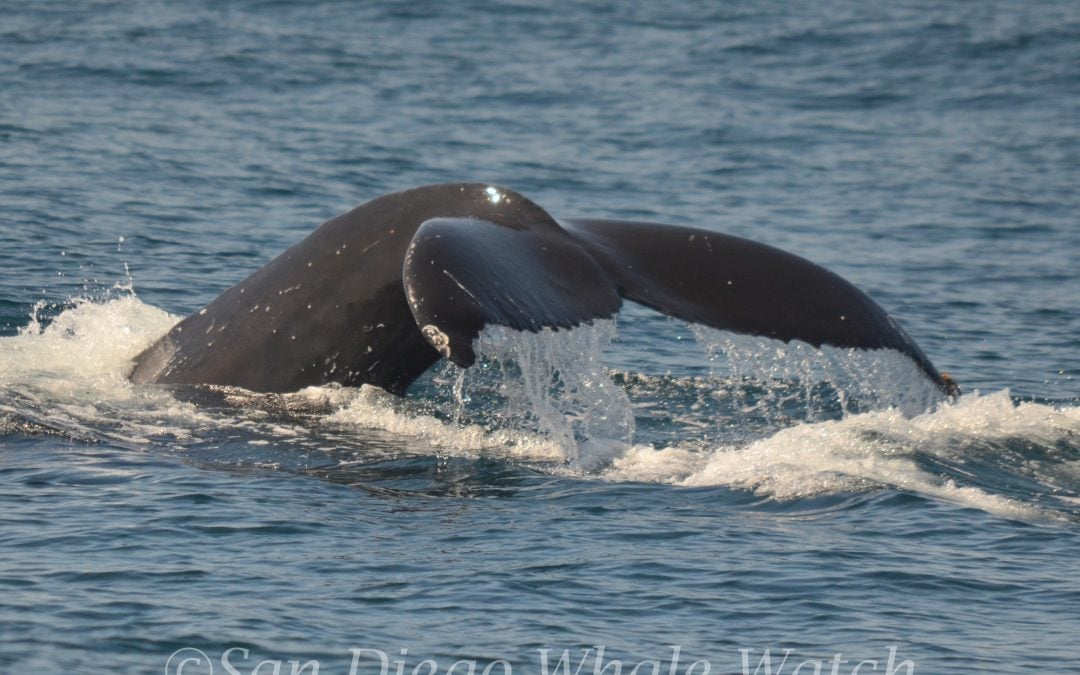 It was a FINTASTIC day on the water! We had an action-packed day full of wildlife! We journeyed out to the west to deeper water and sighted some California sea lions, many marine birds, and a single Common dolphin. Beyond the drop-off, we found a HUGE pod of Common dolphins, about ~350 in total! They were traveling pretty slowly to the south in a long train, about 1-mile long. We could see lots of different behaviors to include porpoising, breaching, and tail-slapping. We observed some cow/calf pairs all around as well. Not too far from the dolphins, we found our friend, “Twitch”, the Humpback whale! It was following the Common dolphins to the south. We even got a close mugging! It popped up next to our boat and dove underneath and popped up on the other side. We began to head over to the Common dolphins when a Mako shark was sighted by Capt. Mike! We turned to catch up with it, and found a Hammerhead shark instead! It comfortably cruised beside us, and then made an about face and turned north. We got some great looks as a wave came through highlighting it beautifully. We caught up with Twitch for one last cycle of breaths. We got lucky and observed a “wave good-bye” as it lifted its tail for a sounding dive.
Trash/Recyclables: ONE piece of marine debris successfully retrieved!
Naturalist,Vanessa