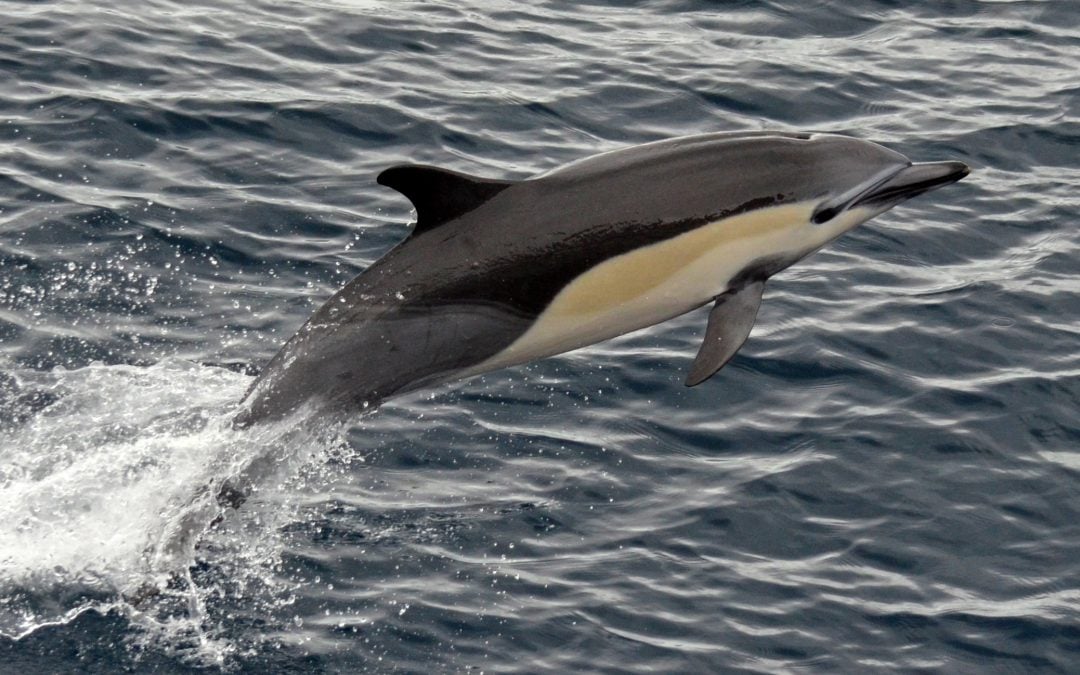 We sighted three species of toothed whale this morning! We sighted ~five Inshore Bottlenose dolphins as we cruised out of the Mission Bay jetties! They were feeding under some birds, but took interest in us and bow-rode the Privateer! We continued out to the west and sighted an energetic pod of dolphins a couple miles west of the drop-off! We could see their massive splashes from afar. As we cruised up to them,we could tell they were a pod of ~150 Short-beaked Common dolphins. They came over to check us out by bow-riding and swimming beside us. Many of them launched out of the water, one after the other! They seemed to be having lots of fun! We observed many Common dolphin calves that traveled next to their mothers. We sighted another pod of Common dolphins out in the distance. They seemed to be feeding, as there lots of birds diving into the water, as well as California sea lions trailing behind the activity. We sighted a huge spout in the distance, but we never relocated the “mystery” whale. We pointed our nose back to the coast, cruising through a huge pod of ~150 Long-beaked Common dolphins! They were headed south, but darted for our boat as we cruise by them! Trash/Recyclables: ZERO! Hope to you see you on our next adventure out in the Pacific! Naturalist, Vanessa