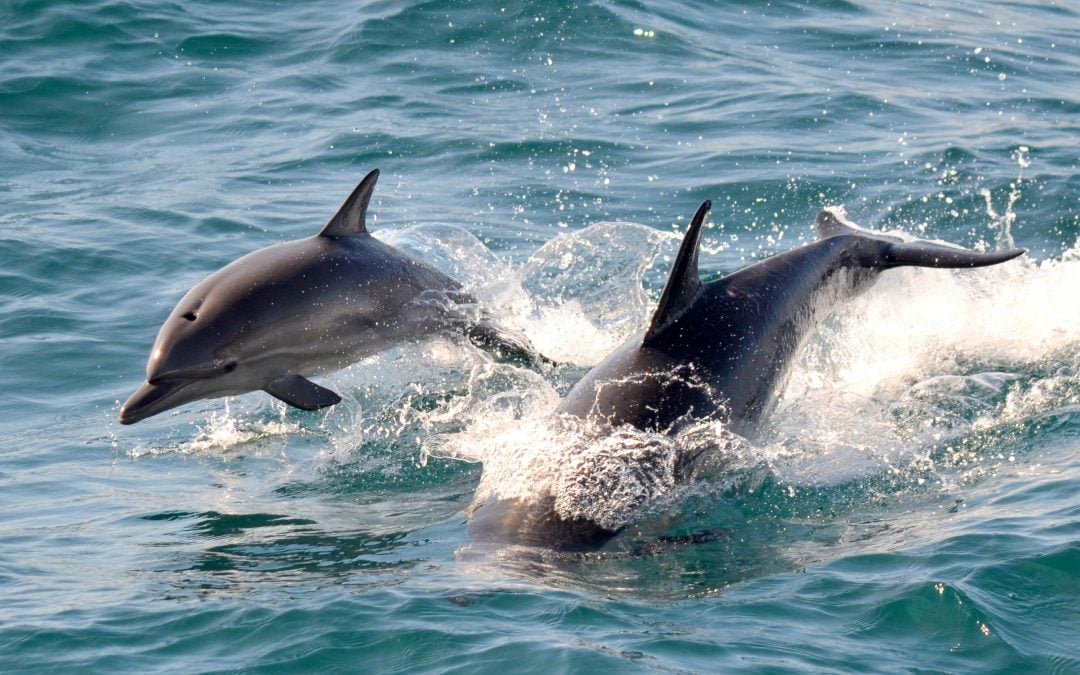 Another awesome trip in the books! We encountered the two species of Common dolphins on our morning trip today! We set out to the west, and at only 3-miles from shore, we found a huge pod of ~350 Long-beaked Common dolphins! They were cruising pretty quickly to the north. We hung out with them, as they swam right next to us to bow-ride and surf in our wake. We observed some babies that approached us! Many acrobatics were sighted as they leaped out of the water! A small subset of the huge pod, took off in a stampede! A behavior that is always so fun to witness! We continued out to deeper water and got to ~11-miles from shore, and 2400-ft of water! On our way back in, we found our second species of dolphin, the Short-beaked Common dolphin. There were ~25 individuals in the pod that were traveling fast to the south. We caught up with them and as we can usually expect they raced to our boat. We observed some key differences in coloration, size, and behavior that distinguishes the two species of Common dolphin. It was a beautiful day, full of action. Hope to see you on the next one!
Trash/Recyclables: TWO Mylar balloons successfully retrieved!
Naturalist,Vanessa