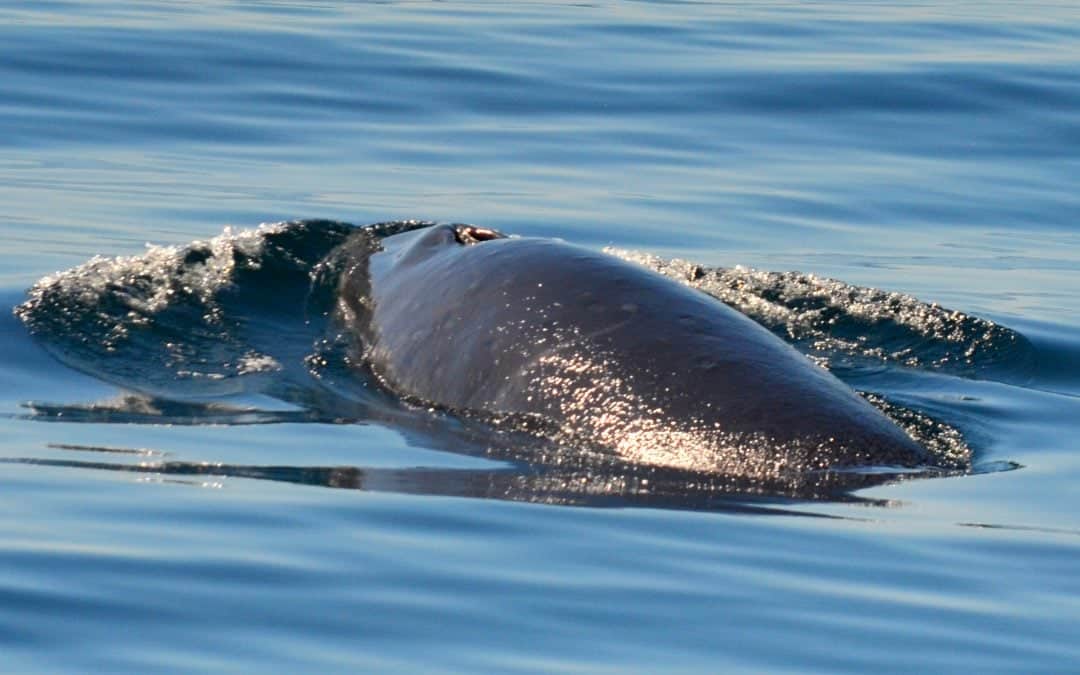 The impacts of the autumn Santa Ana winds were strikingly clear this morning as we observed impeccable visibility accompanied by a dusty haze from the dry, inland originating winds. The sea conditions did not disappoint us either and our entire trip was spent cruising over glassy water. The wildlife was AMAZING! An unpredictable Minke Whale crossed our bow as we were heading toward a pod of dolphins. We let it pass and received some memorable looks at it. HUNDREDS of Common Dolphins were seen after we left the Minke Whale behind. We estimate up to ~400 Common Dolphins were in the area as we zig-zagged through them and watched multiple breathtaking stampedes. To our surprise, not a single item of trash or recyclables was seen today, despite the perfect conditons! EVERYTHING was on our side. Until next time, whale watchers!
Trash/recyclables collected: Zero!