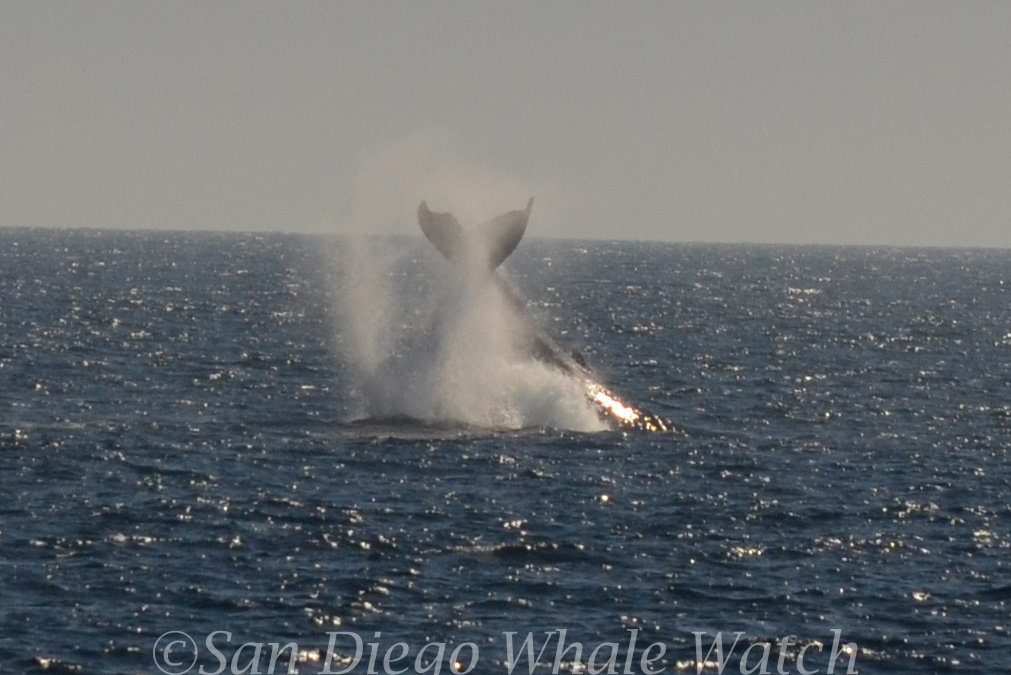 Saturday, October 26, 2019
Super Cetacean Saturday is among us once again! We encountered both baleen whales and toothed whales on our trips today! We started our day heading out to the NW and found a pod of ~75 Short-beaked Common dolphins! They were very energetic showing us their acrobatics! We observed many little calves in the pod as well. We continued to the south, and along the way we found a small pod of ~20 Long-beaked Common dolphins. They seemed a little elusive, so we let them be. We continued on and sighted some splashes a few miles to the south. We realized we found a huge pod of Long-beaked Common dolphins that were traveling north, toward us. A small subgroup approached us and bow-rode. Then we sighted two huge spouts! We encountered two adult Humpback whales! Out of nowhere they DOUBLE BREACHED! It was amazing, as they kept breaching a few more times, one right after the other! We even got a view of one of their breathing cycles. Got to see their back and flukes!
During the afternoon, we set out to the southwest, and just outside of the Mission Bay jetties, we sighted a few Inshore Bottlenose dolphins! We passed them by as they continued toward the coast. Along the drop-off and headed south, we found the same two Humpbacks we had in the morning! Excitement ran high as they began to tail lob! They threw their tail numerous times out of the water! They settled down and fell into a calm travel mode to the south. We observed many spouts, backs and tails! We even got some double spouts, and double tails! We continued up to the north, along the drop-off. Once back in Mission Bay, we found another trio of Inshore Bottlenose dolphins!
It was a crazy good day on the water! We hope you can join us for a whale watch soon!
Trash/Recyclables: FIVE Mylar balloons successfully retrieved!
Naturalist,Vanessa