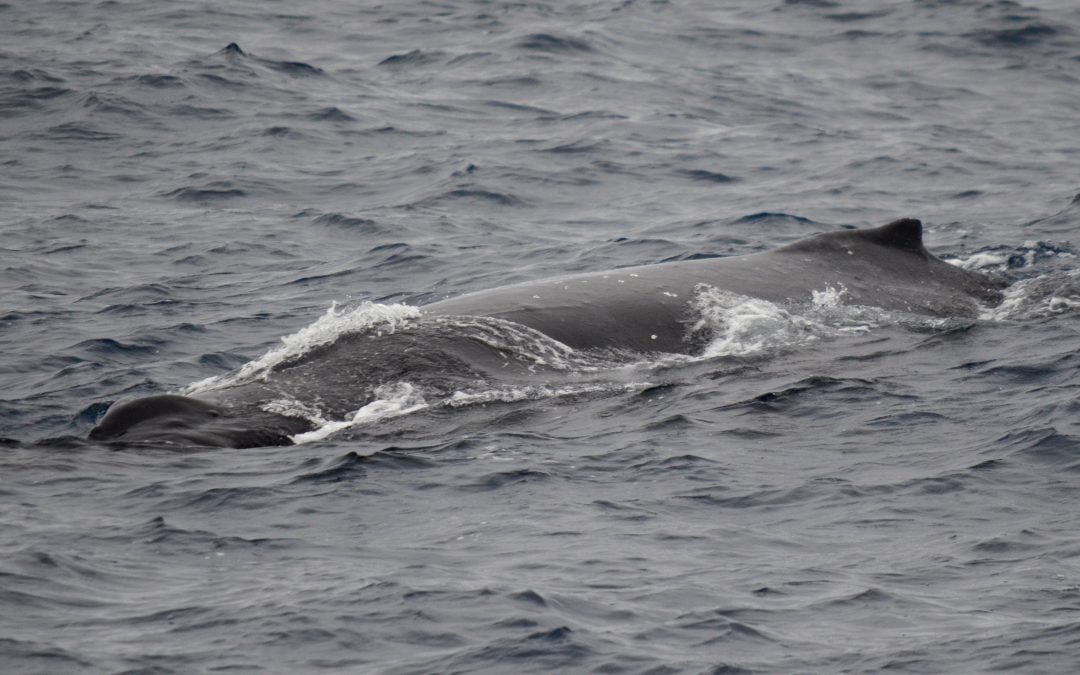 A little cloud coverage and bumpy conditions didn’t hinder us from finding “Twitch” the Humpback Whale and a pod of ~100 Common Dolphins! We had to take our pick of the wildlife, due to the uncontrollable swell. We chose to stick it out with the humpback, after a quick pass through the Common Dolphins! Luckily, they swam right over to us to bow-ride and surf beside the boat before we focused our attention on “Twitch”. The whale followed far beyond the dolphins, but consistently pointed toward them. We were able to slowly parallel it as he/she continued in travel-mode behind the smaller mammals. In-between the dolphins and the larger whale, a scattered few California Sea Lions were seen porpoising out of the water as well. We will be on the lookout tomorrow, in the hopes that everything sticks around overnight. Until then, whale watchers!
Trash/recyclables collected: Zero!