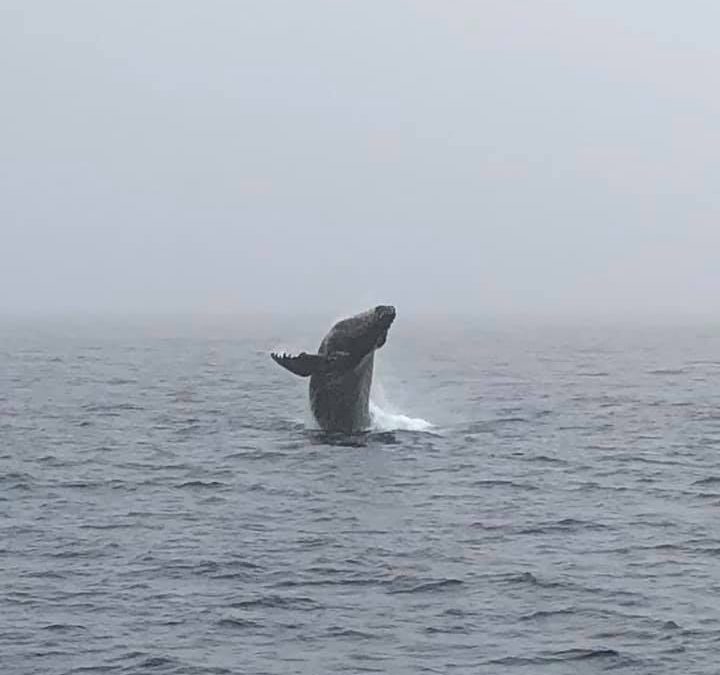 BREACHING Friday! Although we had a pretty thick marine layer all morning into the afternoon, it didn’t hinder us from having one of the most thrilling experiences aboard the Privateer!We were alerted on the radio as we were a few miles from the coast, there was a breaching Humpback! It was about 12 miles northwest from us so we gunned it as fast as we could! We got super lucky, as we arrived an hour later, this humpback whale was still breaching! It was a massive, full grown adult with sooo much energy! It continued to breach multiple times, lunge and tail lob over 30 times consecutively! And to top it off, on our way back to mission bay, we encountered a pod of beautiful Common dolphins! Our guest definitely had a WHALE of TIME today!
Trash-0 Balloons-0
Naturalist: Jaeny