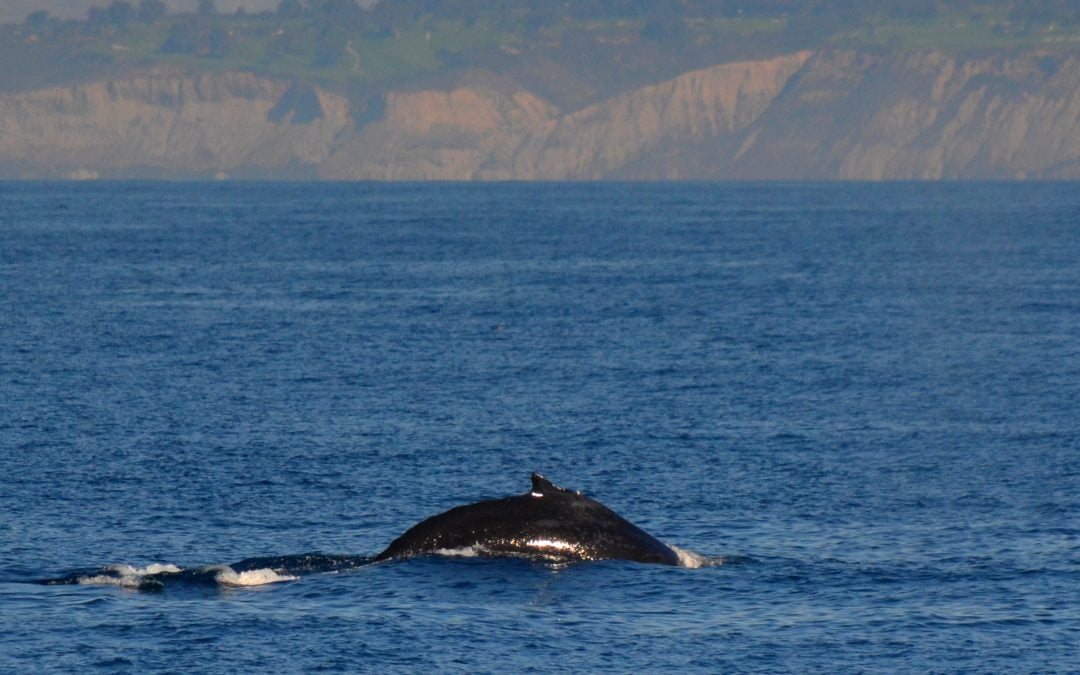 We had a wonderful day full of wildlife! We set out to 8-miles from Mission Bay to find a single Humpback whale. It was seen traveling in many different directions, but we got to see it surface right beside us a few times. We observed its mighty spout, back, and big rise of the flukes. We even observed it tail-lob a couple of times! We were about to leave the area, when a big pod of ~150 Long-beaked Common dolphins were traveling straight for us! We hung out with them and watched as they bow-rode and surfed in our wake. Our last looks was of the pod taking off in a stampede. It was amazing to witness!
During the afternoon cruise, we got to the drop-off and found an awesome pod of approximately eight Pacific white-sided dolphins! They were mostly traveling to the south, but came over to bow-ride and check us out. We saw another single, not too far away, as we continued to the NW. There were several big rafts of seabirds all around. They were resting, and were likely full of fish. We got lucky and encountered a nursery pod of approximately eight Offshore Bottlenose dolphins! We got great looks as they traveled to the north. The pod consisted of three cow/calf pairs, and two adults. We wished them well as they continued on their way.
The sea conditions were spectacular today, and will be tomorrow as well. We hope you can join us for a beautiful day searching for whales and dolphins!
Trash/Recyclables: TWO Mylar balloons successfully retrieved!
Naturalist,Vanessa