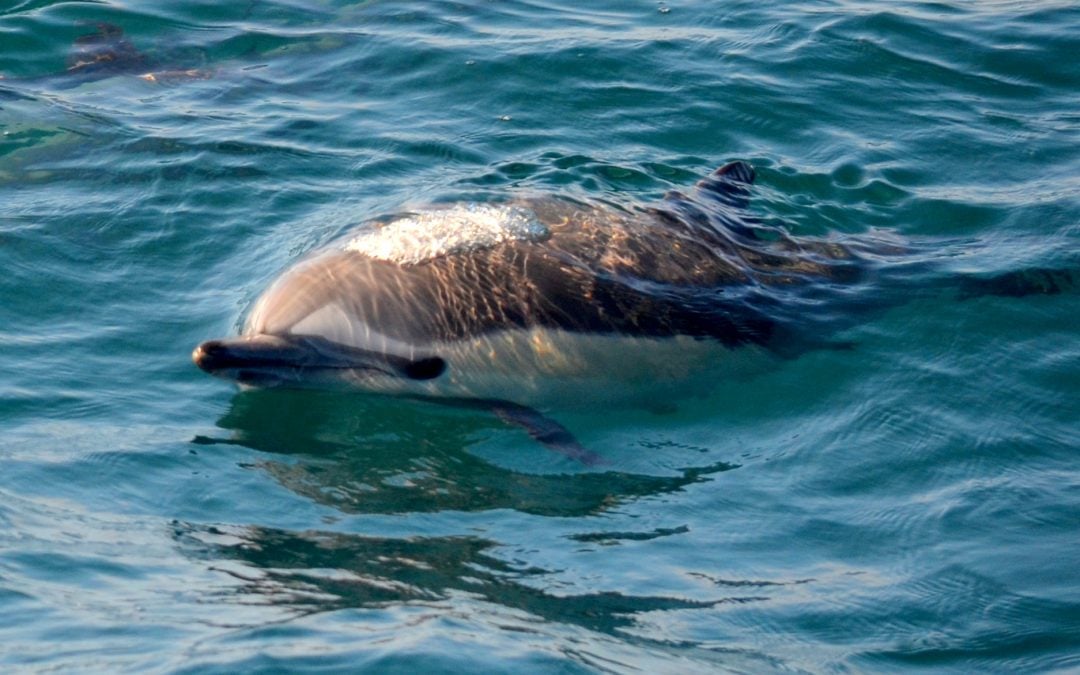 It’s always a good day to be on the water! You never know what you will find out in the wild! Today, we had a special trip with the Sea Shepherd! We set out in search of wildlife and got lucky and found both species of Common dolphin! Our first encounter was a very scattered pod of long-beaked Common dolphins. They were traveling moderately to the north. We even got see a nursery pod with a handful calves and escorting mothers. We continued on to the west, as we sighted some big splashes! Short-beaked Common dolphins raced toward our bow without skipping a beat! We observed some rad acrobatics around the vessel. We hung out with them for most of our trip, as we traveled up the coast.
Our luck continued as, we set out for the NW, in hopes of re-locating the Commons. We found ourselves ~14.5-miles from Mission Bay, outside of Solana Beach! That’s were we found an incredible aggregation of Long-beaked Common dolphins, California sea lions, and birds galore! To our surprise, a spout was sighted nearby. We found our good ‘ol friend, Twitch the Humpback in the mix. We got see it surface for multiple breaths, its dorsal fin, and tail! Another spout was sighted in the area, and we have confirmed from Dominic that it was a Bryde’s whale! We enjoyed the activity for as long as we could before we had to zoom home.
Join us soon for an adventure at sea!
Trash/Recyclables: Three Mylar balloons, and one piece of tarp successfully retrieved!
Naturalist,Vanessa