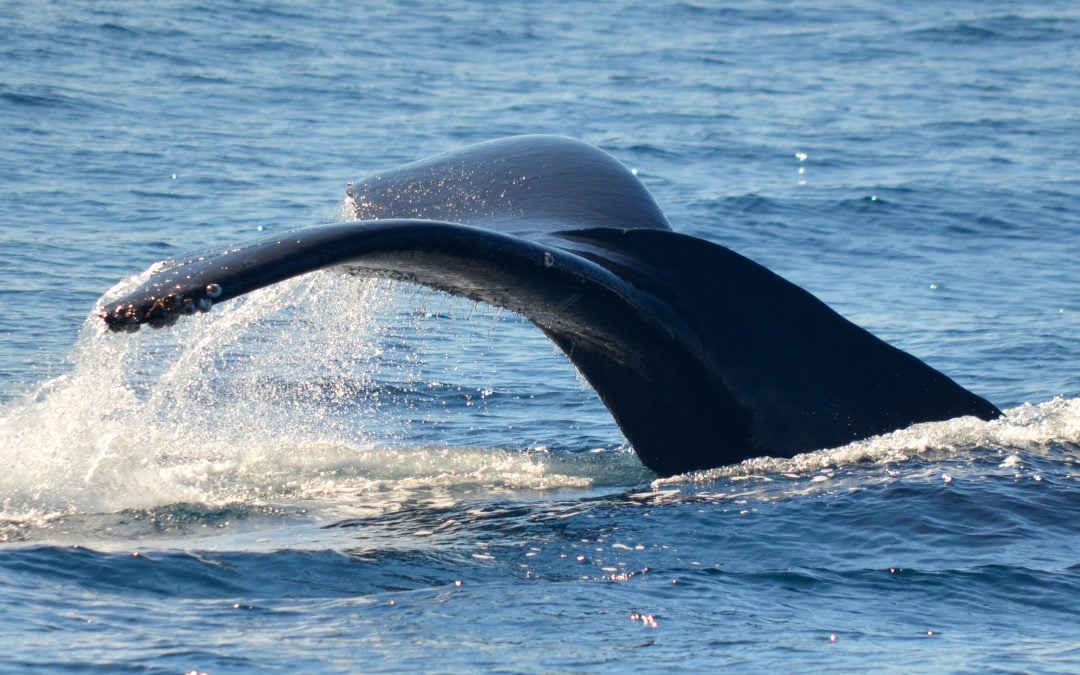 Even though the weekend is slowly coming to an end, it’s hard to fret about it when spending a Sunday surrounded by wildlife! Conditions were impeccable this morning and we found ourselves in the middle of an astounding feeding frenzy! Roughly ~200 Common Dolphins, dozens of California Sea Lions and TWO Humpback Whales were seen circling the area and clearly honing in on food. We weren’t lucky enough to see surface feeding from the humpbacks but we observed plenty of cooperative feeding behavior from the dolphins! On our way toward the coast, we were stopped by a handful of ~7-8 Pacific White-Sided Dolphins that were a little to busy to pay us any mind! We hate to say that we’ll be offline tomorrow but cannot wait to get back on the water for more cetacean action Tuesday! Until then, whale watchers.
Trash/recyclables collected: Zero!