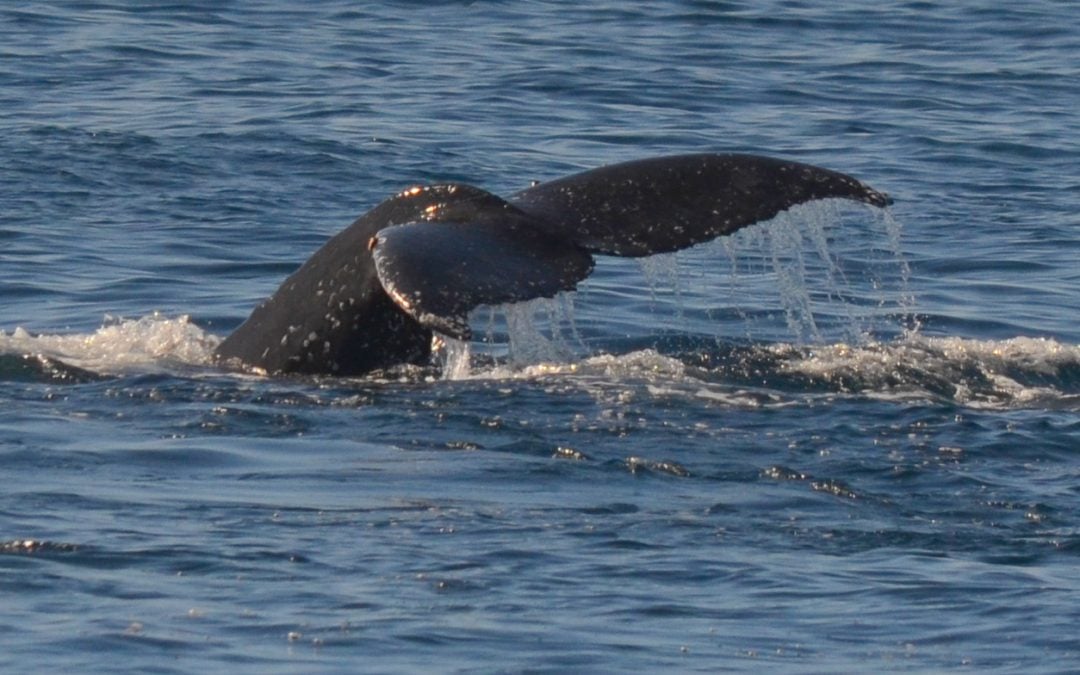 Super Cetacean Saturday is here once again! We had great success finding both baleen whales and toothed whales on BOTH of our trips today! We encountered NINE Humpback whales and ~80 Pacific white-sided dolphins throughout the day! We set out to the SW and found two southbound Humpback whales that had a handful of Pacific white-sided dolphins accompanying them. They were very slowly surfacing for breaths and had short 6-10 min dive times. We continued to the south as we found another single Humpback whale on its own. Our largest pod of Pacific white-sided dolphins were found at a whopping ~30 individuals. We usually see small pods of 2-12, so this was amazing! They were mingling with one another and began to hang out with the whales. We observed two more Humpback whales making our grand total for the morning FIVE altogether, with four more out in the distance. We got great looks at the Pacific white-sided dolphins as they came over to check us out. They bow-rode the Privateer and surfed in our wake! We observed some big leaps too!
We raced toward the SW in hopes of catching up to the whale activity and we were in luck! We found ourselves only ONE mile from the US-MX border and sighted three pods of Humpback whales. Our first was a single Humpback that kept a low profile. We sighted more spouts to the south, along with some splashing. We zoomed down there and hung out with FOUR humpback whales. Spout after spout, dorsal fins, and tails were sighted as they mostly spent time near the surface! One brief close encounter gave chills down our backs as one large female humpback popped up right beside us, dove and surfaced on the other side of our vessel. We even got to smell whale breath too!
Trash/Recyclables: ONE Mylar balloon successfully retrieved!
It’s always an adventure out on the Pacific, come join us soon, you never know what you’ll find!
Naturalist,Vanessa