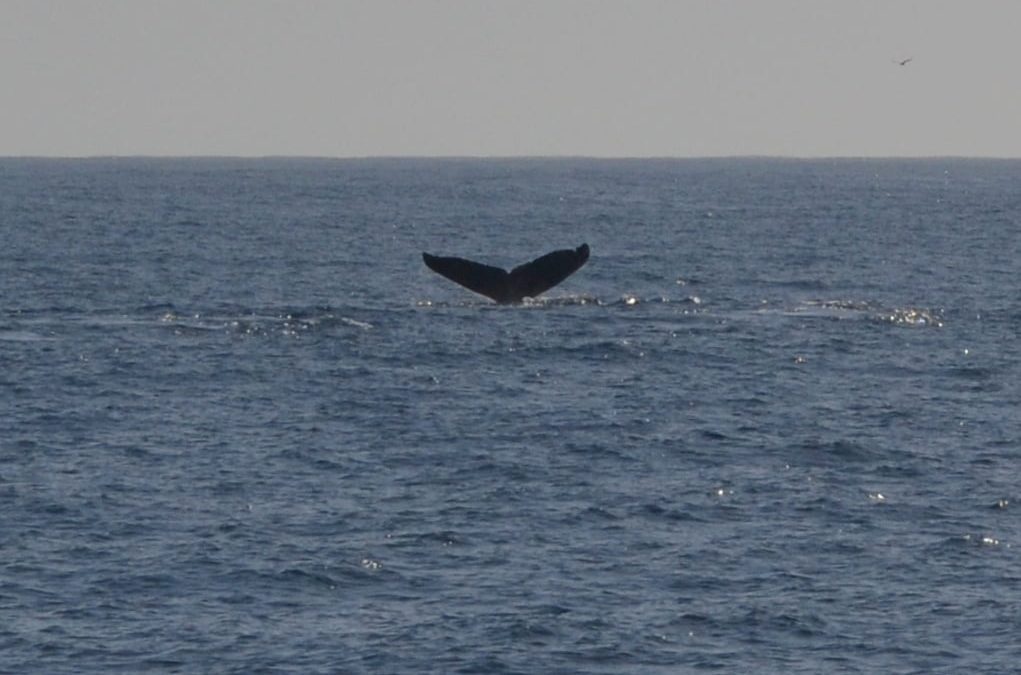 As we left on our trip today we weren’t sure what kind of conditions to expect out there, as a 4-7 foot swell was predicted. But there was only one way to find out! We found the end of the jetties to be rolling, but it was high tide so the waves weren’t too steep. Once past the jetties we had long period rollers which weren’t too bad and we took it easy getting out to the west. We spotted multiple large kelp patties with birds and schools of fish below them once we hit the drop off and turned to the north. Within about 20 minutes of turning north we spotted a blow and then a tail fluke and then a second blow and tail fluke. It was two humpback whales! We traveled south with these migrating giants for a bit before we figured out that there was actually a second pair of humpbacks also travelling south but moving out west as well. We stayed with these closer whales until we had to turn to come back in and then found about 5-6 inshore bottlenose dolphins back at the jetties.
-Ryan

COVID-19 Update: We’re now open! Please read our COVID-19 page for all the latest details on things we are doing to keep you and your family safe.